Several months ago my three-year-old daughter Audrey asked my husband, “Daddy, can you pick up our house?”  “Nope, I sure can’t,” replied Dad.  Audrey, who is used to her Father teasing her, looked up with disbelief.  “Be serious!” she shouted.

Obviously, little Audrey was slightly over estimating Dad’s abilities, but I would have to say that she is closer to the mark than most.  She sees her Father for what he is – a hero.  In her eyes, there is no one wiser, stronger, or more brave than her Daddy.  There is not a beast so terrifying, that her Father would hesitate for even a moment if she was in danger.  She knows this, and that is why she calls for her Daddy when she has had a bad dream.  Like most young children, she understands what most adults seem to have forgotten – Kids need their Dads! 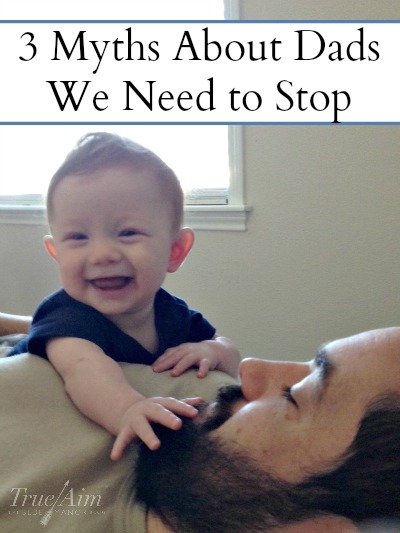 For Father’s Day, let’s dispel a few of the popular “irrelevant dad myths.”

3 Dad Myths That Need to Stop

Myth 1: Dads work because kids need their Moms more.  Ideally, both parents would work from home and be fully accessible to their kids, but because of modern industrialism working from home is not always an option.  So, for that reason Dads have traditionally sacrificed themselves and worked away from home so that Mom could stay with the kids.  In other words, Dads work away from home to provide for their family because they are gentlemen, not because a paycheck is all their kids require of them.

Myth 2: Divorce doesn’t have to hurt children.  Divorce hurts children, period!  The greatest Mom in the world cannot fill the void of a fatherless home. No matter what the bozos in black robes say, every other weekend – every other holiday is not enough.  Just ask your kids.  Nor, do heavy doses of child support ease their pain.  They just want their Dads.  And don’t be fooled, I have never met someone that said they were traumatized by their parents arguing, but I know tons of people that still feel the pain of their parents’ divorce from twenty plus years ago.

Myth 3: Dads are beer guzzling buffoons.  From the media‘s portrayal, you would think all women are sluts and all men are bumbling idiots.  “Homer Simpson” popularized the role, and now there are countless primetime family entertainment shows where the only thing dumber than dad is the family pet – if dad is lucky.  Sometimes, even the dog shows more sense than him.  And if you watch real closely, you will see that dad’s primary loves are beer, sexy women (other than his wife), and football!  That is about all his simple brain can process.  He may love his kids, but is just too dumb to show it. 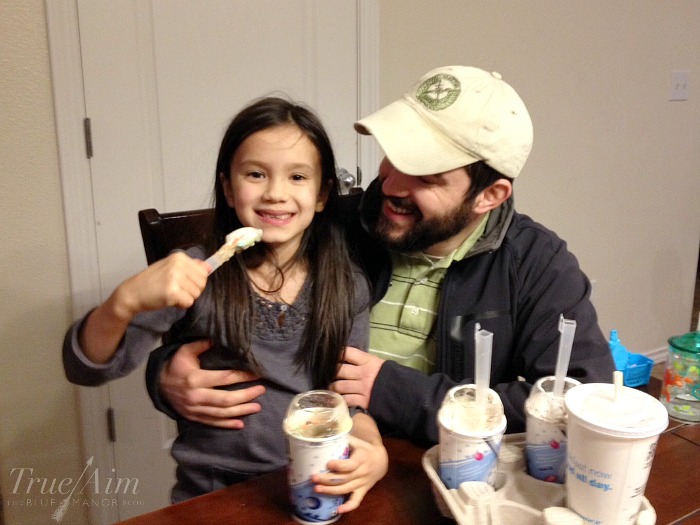 Sadly, many fathers have fallen victim to these and many other harmful myths.  They have come to believe that their children don’t really need them and have acted accordingly.  This Father’s Day, I encourage you to remind the dads in your lives that they are our heroes – that we couldn’t live without them.  Happy Father’s Day!