With Father’s Day right around the corner, what better way to spend the day than curling up with a movie celebrating Dad? Here are my top 10 favorite Father’s Day films! 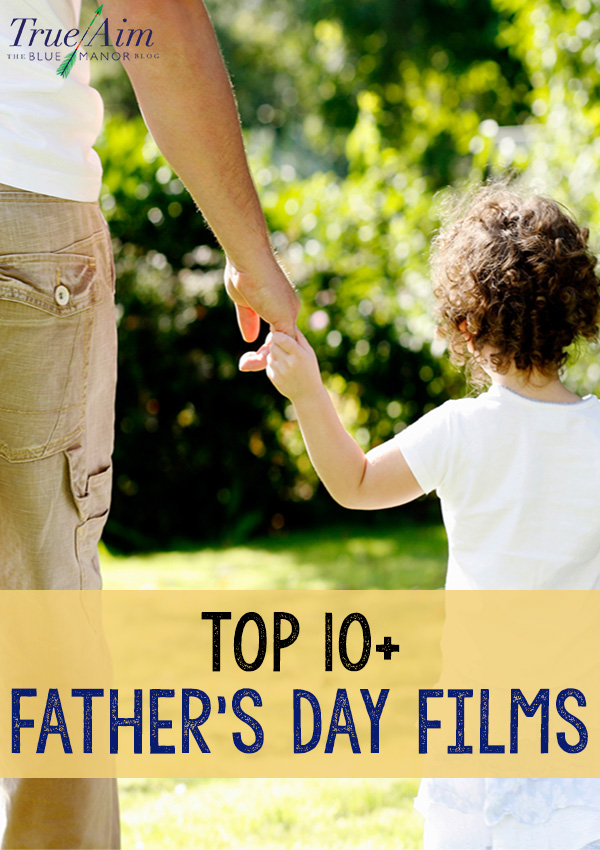 This father-based inspiring Pixar film is set in the oceans. When his son gets kidnapped by divers, a clownfish braves his fear of the ocean to rescue his son. Filled with adventure and love, Finding Nemo is fantastic for the whole family!

Fiddler on the Roof

Fiddler on the Roof has been a family favorite, since it is so relatable for us. Tevye, a poor Jewish milkman in the early 1900s, has five daughters, three of whom are ready to marry! Not only is a fun musical great for the entire family, it also teaches important lessons of holding on, and letting go.

In this classic Christmas link, George Bailey learns how to be thankful for life, and embrace the ups and downs of life, and fatherhood.

Cheaper by the Dozen

With a family with 12 kids, chaos is sure to follow! After Mom gets a fantastic book deal that comes with a two week book tour in New York, the Baker family realizes big careers don’t always mean a happy family! Also, the original film, based on a true story, is also a great family film!

Set in small town Madison, Indiana, this film is inspired by the true story, as told by Jim McCormick’s young son. It’s a great American underdog sports film, about hard work and perseverance!

Father of the Bride

As every father can relate to, the hardest part of fatherhood can be the wedding day! In this sweet comedy, George’s beloved daughter is getting married, and during the wedding, chaos follows!

Part romantic comedy and part drama, this Italian film is one of the few foreign language films to win several Academy Awards, including Best Actor. In the silly first half, Guido sets on a mission to open a bookstore, and win the heart of a lovely young woman who he meets accidentally. With enthusiasim, humor, and persistence; his dreams come true, and the couple have a son. The second half of the film is set in a concentration camp, where Guido uses his charm to hide the harsh realities from his son. This classic is almost problem-free in terms of content, and is Dove family-approved for ages 12+.

The Pursuit of Happyness

You’ll laugh, you’ll cry, you’ll cheer! After growing up without a father, Chris Gardner promised himself his kids would always have a father in their life. It is a promise he keeps, even when his wife leaves him, and even when he and his 5 year-old son become homeless. Through hard work, love, trust and perseverance, Chris and his son slowly get back on their feet. It’s inspired by a true story, and it was also recently added to Netflix.

In this scifi father-son drama, a son and his deceased father connect 30 years apart, with an old ham radio. Working together, through the fates and twists of time, they reconnect to stop a serial killer. (It’s rated PG-13 and not as graphic as it sounds, great for 12+) It also has great lessons on how your actions affect the future, and strong anti-smoking messages.