Nothing challenges a child’s faith in God like the Theory of Evolution. It is not because the theory is a strong one, but because it’s often the only one presented to him. It is not enough to tell your child that creation happened, when “scientists” claimed to have proven otherwise. You must make a reasonable case for your faith, or your children will come to see your faith as a fantasy that flies in the face of facts. 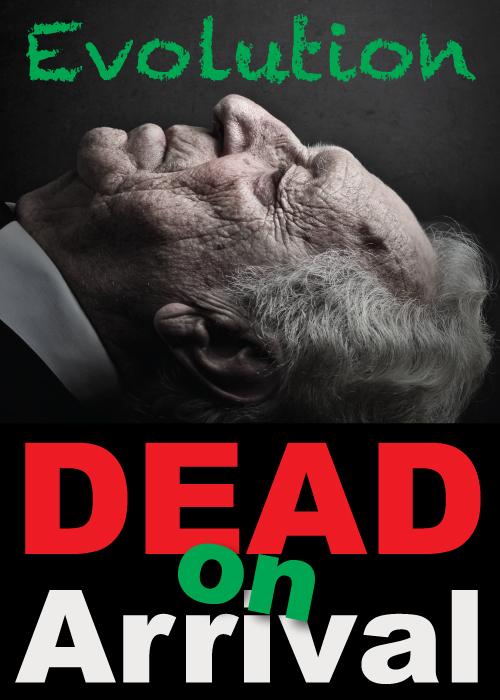 Of course, that can be hard to do. You haven’t studied biology, or creationism for that matter, and your children are learning from professionals who study little else.

Luckily, you don’t have to know a whole lot to disprove evolution. The theory is so weak that its proponents have only kept it alive by pushing it on children in government schools, who lack the scientific understanding to refute it.

The Only Thing Your Kids Need to Refute Evolution

You don’t have to become an expert in DNA, adaptations, mutations, probability, fossils, or anything else. Evolution has an Achilles’ heel. Share it with your children and they will be able to stand confidently, knowing that science supports their faith. Evolution’s Achille’s heel is the Law of Biogenesis.

The fact is, evolution was DEAD on arrival. While evolutionary scientists claim that their theory is a scientific explanation for the origins of life, they haven’t the slightest clue where the original spark of life came from.

They think that they can explain how lower forms of life evolved into higher forms, but even with their wild imaginations, they haven’t come up with a scientific theory to explain what transformed non-living (inorganic) matter into living (organic) matter.

This is big deal. It should have been the starting point, because without life, evolution is dead in it tracks. But evolutionists go on believing, claiming that just because they don’t have a natural explanation of life’s origin, doesn’t mean God did it. Science, they claim, is working on a solution.

But that isn’t true.

Regardless of their claims, evolutionists actually submit to this truth all the time.

When someone they love dies, they bury them. They know that there is no need to preserve the body, because once the life force leaves, science cannot restore it. Go ahead and ask them. Forget about their primordial soup and billions of years of evolution. Give them the finished product.

Take a dead man, with all his organs and systems fully evolved, and ask the evolutionist to bring him back to life.

They wouldn’t know where to start, because they know that life only comes from life. Yet, they want us to believe that a few elements attached themselves together and then “poof,” in spite of all we know from science, spontaneously came to life. They can’t reproduce the act in a lab, with all their supercomputers, but they want us to believe that it just randomly happened billions of years ago in a mud puddle.

The delusions these people willingly embrace to get rid of God is astounding; some even claiming that aliens put life on earth. Think that I am joking, or that it must be a fringe opinion? Listen to Richard Dawkins, the world’s most influential evolutionist and atheist, in his own words.

Now these people aren’t stupid; in fact, they are very intelligent. The problem is that the whole universe points to God, but they decided ahead of time that they just wouldn’t go there.

So, if you teach your children nothing else to refute evolution, teach them about the Law of Biogenesis!

This month, our Christian Biology eBook for kids is FREE!

« 100+ Ways to Love and Build Up Your Husband
The Creation Story for Kids! »