Every parent knows that diet is a major part of success in competition. The problem is understanding the when, how, and what. Sometimes, the healthiest meal, isn’t the best game-day meal. And sometimes no food, is better than too much. 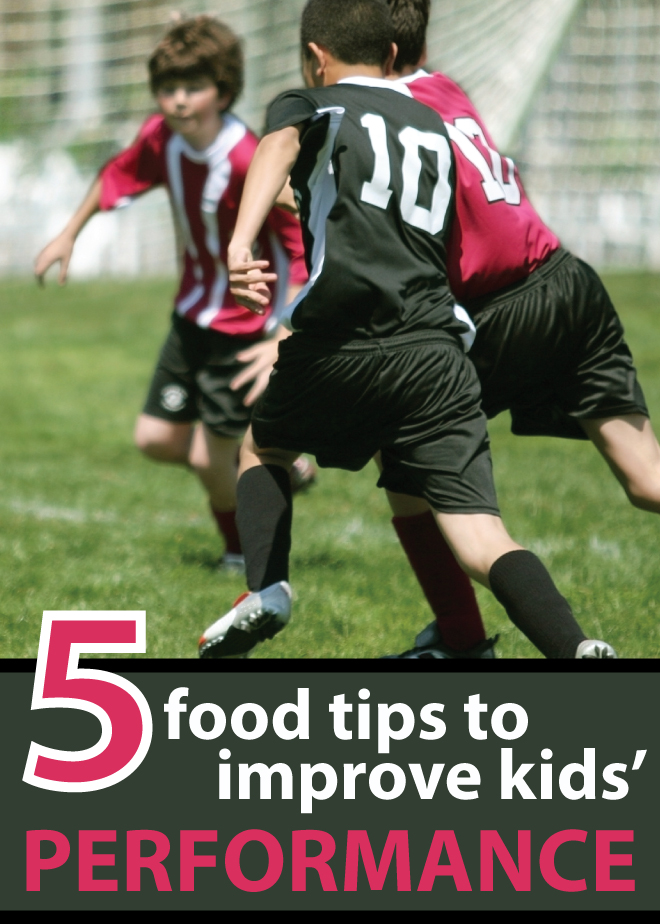 The following are practical food tips that can help your children perform their best in competition.

Obviously, I’m not a doctor and every kid is different, so please consult a doctor about what is best for your individual kids. And remember that the following are tips, not laws. But when it comes to food and competition, the following tips made all the difference to me.

1: Is Breakfast really for Champions?

Conventional wisdom tells us that kids need to eat a good breakfast the morning of competition. But is it really that simple?

My junior year in high school, I competed in a Chess Championship. My mind was sharp and fast, and completely focused. I breezed through my first three games. The next thing I knew, I was in the Championship match. But before the final game commenced, the tournament broke for lunch.

Wanting to be my best, I ate a huge lunch. After all, I needed the energy. However, the opposite happened.

When I faced off with my opponent, my mind was running in slow motion. It was cluttered and I couldn’t focus. A few moves into the game, I lost my rook and in a Championship match, that is usually gameover.

It was many years before I understood what happened. When you eat a large meal, the energy rushes from your brain to your stomach as the body focuses on digestion. That is why we get so sleepy after a big meal. It takes several hours before we benefit from an energy boost.

Kids should never eat a full meal just before competition. If your kid is involved in a day-long tournament, feed him snacks. Maybe a small, healthy snack, once or twice an hour and try to avoid heavy foods. Smoothies, fruit, salads, etc. are best.

3: Not all healthy food, is competition food.

Beans, broccoli, and cabbage, just to name a few, are terrible game-day foods for athletes. These foods cause lots gas.

If your kid is nerious, odds are, his stomach if producing more acid than normal. Adding these foods to his diet will likely cause more gas than normal, and could even lead to trapped-gas. If you’ve ever suffered from severe trapped-gas, you know it is a game stopper.

My senior year in high school, I was invited to the “World Leader Summit” in Washington D.C. I spent a week playing United Nations with juniors and seniors from around the world.

I made friends with a large group kids from Honduras. If I remember right, there was one or two boys, and seventeen beautiful girls. I had a great time learning their culture.

They taught me to salsa dance, and speak some Spanish, and they also introduced me to a new “drink”. It was something that I had never tasted before, but it was all they seemed drink.

So, I copied their order, “I want an Extra Tall Latte with three shots of espresso.” And like them, I ordered this drink every hour, or so.

That night I called home to tell my father how sick I was. I couldn’t explain it. I didn’t have a fever or cough, but I couldn’t eat anything and was forced to keep a close proximity to restrooms.

What horrible luck. I should have been having the time of my life with my new friends, but I was sicker than sick.

Years later, when I discovered coffee is a natural laxative, it all made sense. Since I had no tolerance to coffee, its powerful effects just about ruined me!

This can happen with all kinds of unfamiliar foods. If your kids are used to eating corn dogs and cheese sticks, game-day is not the time to introduce a salad. Or if your children only eat fruit and salad, game-day isn’t the day to try fast-food.

Changing your kids’ diet so drastically might shock their stomachs. And nothing kills energy, like an upset stomach.

If you want your kids to eat better on game-day, change their diet progressively, a week or two in advance.

My coaches were always telling me to, “hydrate, hydrate, hydrate.”However, it’s more complicated than that. Dehydration can be deadly, so by all means hydrate your kids – just do it wisely.

The worst mistake kids make is coming to the big game dehydrated. Have them drink lots of fluids the day and morning before competition.

Too much water can flush vitamins and minerals, so be sure to include juice. Also fruits and vegetables are a good source of hydration.

Just before the game, cut off chugging! Your kids should drink as much water as they want, but make them spread it out.

When they come rushing off the field, they will want to guzzle all the water that they can. This doesn’t necessarily help, because the body still has to process the water.

In the meantime, that guzzled water sloshes around in the stomach and can make them nauseous and sleepy. And ten minutes later, when halftime is over and the game begins again, they are going to have a full bladder and need to pee.

The better way is to have them drink a few sips, constantly. It is the same concept of substituting many snacks for large meals. The idea is to give them the same amount of water, but spread evenly out.

Be aware of cotton-mouth. When kids are nervous, their mouths can go dry. No matter how much water they drink, they will feel thirsty even if their belly is full of water. During my wrestling days, I fell for this all the time, and guzzled water until I was sick.

All that said, make sure that your kids drink lots of water because dehydration really is very dangerous.

Finally, I hate to even mention it because it is very rare and the danger of dehydration is much greater, but there is a danger of over-hydrating. When I went through basic training, there was a guy in another class who died from drinking too much water.

This is very rare and it takes a ton of water, but it does happen. So, if you see your young athlete walking around the house chugging gallon after gallon, that isn’t necessary, and could even be dangerous.

I hope these tips help. If you have questions, or suggestions of your own, please leave a comment.