These activities to teach courage were inspired by Disney Planes and a sponsored post for Collective Bias®.

Even though she didn’t know how to swim, my 2-year-old walked over to the pool and jumped in!  I wasn’t even close to her and had to swim like an Olympian to pull her up!  As she came out of the water, I was surprised to see no tears; just a smile and legs kicking ready to jump again.   Like all young kids, she had no fear!  I wouldn’t call it courage – she just had no concept of danger yet.

Within a couple of years, she had grown much more cautious.  I was happy at first.  Then, I saw her fears become more of a problem.  She didn’t want to try new things, and I didn’t want that to hold her back.  We started to talk more about courage and fears and planned some activities to help her step out of her comfort zone.  It really helped!

That’s why I wanted to see the new Disney movie, Planes.  It was a great opportunity to talk about courage and give my kids some more practice overcoming fears. 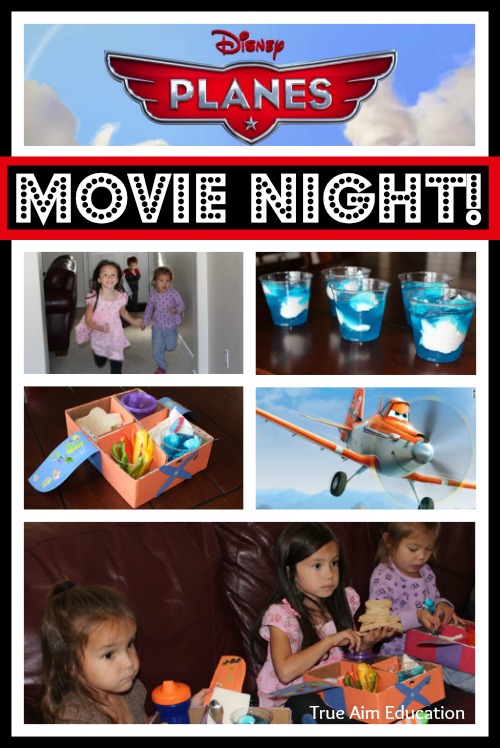 To kick off our family movie night, we invited a friend over to make some snack boxes and play a game about being courageous.  To prepare the Airplane Snack Boxes ahead of time, I cut the top half off of a box and glued some construction paper on. 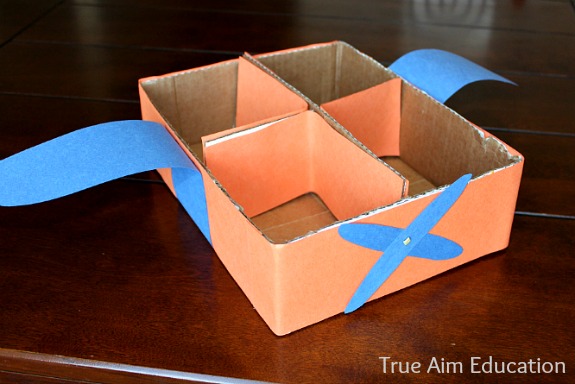 The girls chose the wings and propellers they wanted and then decorated them. 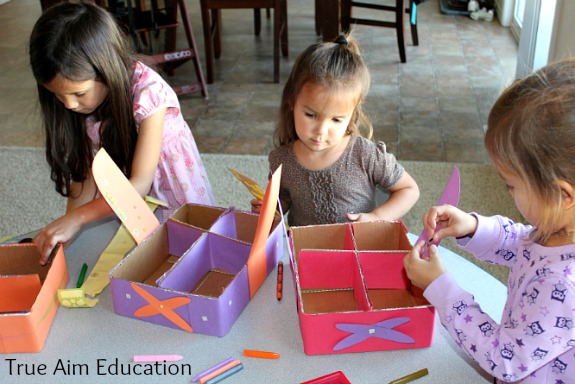 As they were decorating, I asked the girls if they knew what courage was.  Audrey was the first to answer.  She said, “It is being brave.”  So I had to ask, “What does being brave mean?”  She responded, “It means you aren’t afraid.”

Although that is part of the answer, I explained that it’s good to be afraid sometimes because that’s how our minds warn us of dangerous things.  I said that having courage and being brave means that you will do the right thing even if you are afraid to do it.  Having courage also means that you are willing to try new things even if you are scared, when someone you trust says it’s okay.

I had a question for each of the girls to see if they understood.   Questions like, “If you put something in your pocket at the store and accidentally walked out without paying for it, what would be the courageous thing to do?” and “What if someone told you to do a bad or unsafe thing?  What would a courageous person do?” and “Who is a person you can trust and try new things with?”

After we were done making our snack boxes, we filled them with goodies from Walmart.  Aren’t these Jello cloud parfaits cute?! 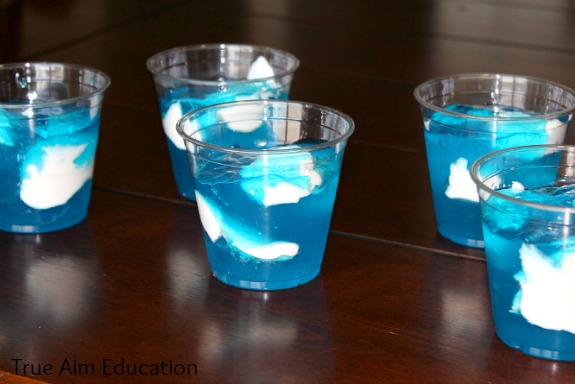 We also had some Airplane sandwiches and stoplight veggies 🙂 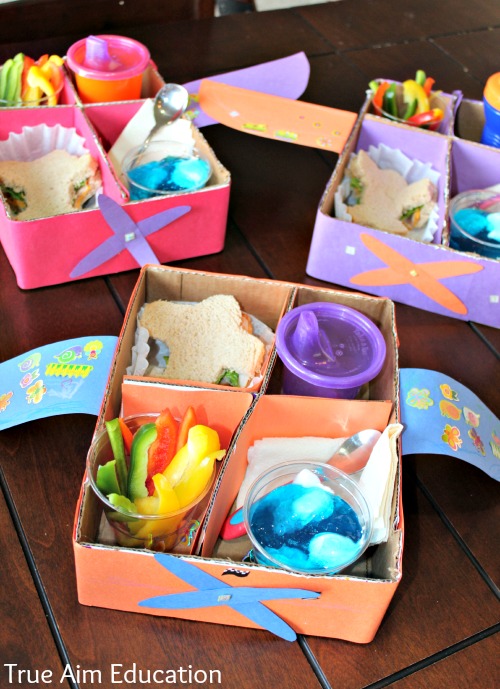 Before they had a chance to dig in, we had to have our own race!  The winner of the race got a special treat.  I had all the children line up and take a couple of practice runs.  Then, I told them they would have to race against me!  Ready.  Set.  Go! 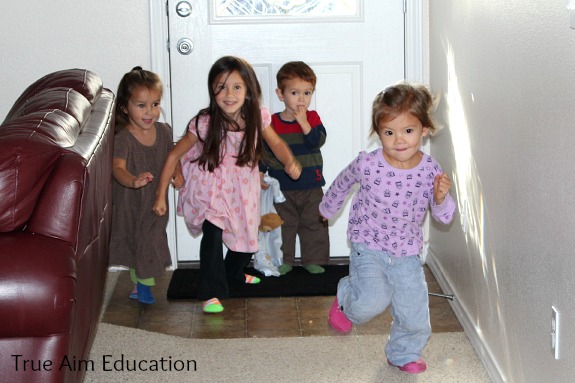 Ouch!  Thud.  I pretended to fall and that I couldn’t get up.  Moaning added to the effect.  Of course, little Colton was the first on the scene, asking if I was O.K. with his little, “Oh! Oh!”  I stood up and thanked him and announced the winner of the race… Colton!

I explained that I never said the winner was the first to cross the finish line.  The winner was the person who showed courage and did the right thing even if it meant losing the race.  So, I gave Colton a treat to share with everyone.  Then, to practice trying new things, we had the girls take turns jumping off a few stairs into Daddy’s arms.

In Disney’s Planes, courage isn’t just about not being afraid to try new things.  The main theme is doing what is right and caring for others.  That is the most important attribute of a courageous person.  A courageous person always does the right thing even if they are scared. 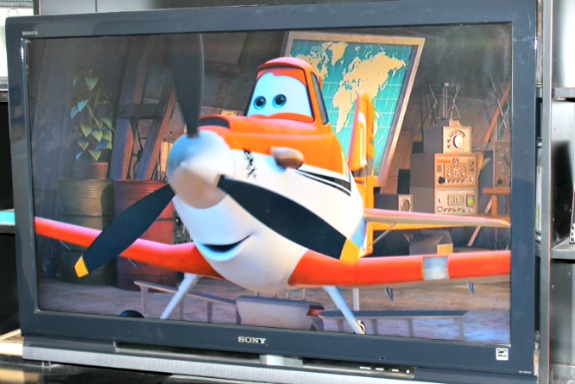 The kids loved the movie!  There were a couple of minor bad words used in the movie like “moron”, but overall it was very clean.  Have you seen the movie, or are you going to watch it?  I’d love to hear what you thought! 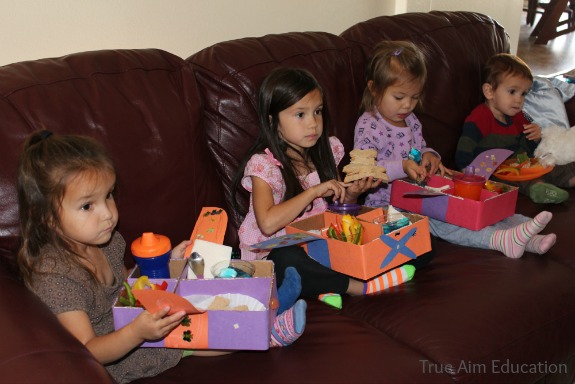 Do you have any suggestions on teaching children about courage?  Please leave a comment!