The other day, President Trump asked the question, “Why did the Civil War happen?” He actually knows what he is talking about, but is so inarticulate that he should have just left it alone. Now, everyone is laughing at him, stating the obvious: the Civil War happened to end slavery. 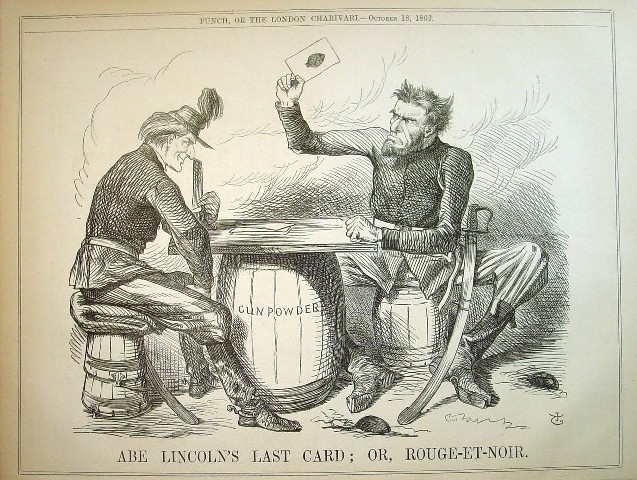 But did it really? If you feel so confident, please explain it to me because I’m having trouble answering the following questions.

1. If the Civil War was fought to free the slaves, why did Lincoln wait two years after the war started to issue the Emancipation Proclamation?

2. When congress debated the War effort, why didn’t anyone mention slavery?

3. When Lincoln made his first address after the War had started, why didn’t he say anything about slavery being the cause?

4. When South Carolina first seceded from the Union, why did they claim unfair taxation and tariffs were the primary cause?

5. Why did some slave states, like Maryland, Missouri, Delaware, and Kentucky, side with the North?

6. Why did Lincoln exempt the Northern slave states, like Maryland, Missouri, Delaware, and Kentucky, from freeing their slaves after issuing the Emancipation Proclamation, claiming that if the Norther slaves states thought the War was about ending slavery they would change sides and fight with the South?

Look, I take no pleasure in asking these questions. The “history” our government schools spoon fed us about the Civil War was much tastier than the truth. But if we want to teach our children the truth, slavery was not the primary cause of the war.