Ever since I was a young girl, I have always loved history. The good, the bad, and the crazy have always fascinated me. Here is a unit study of America’s most famed men, the US Presidents. 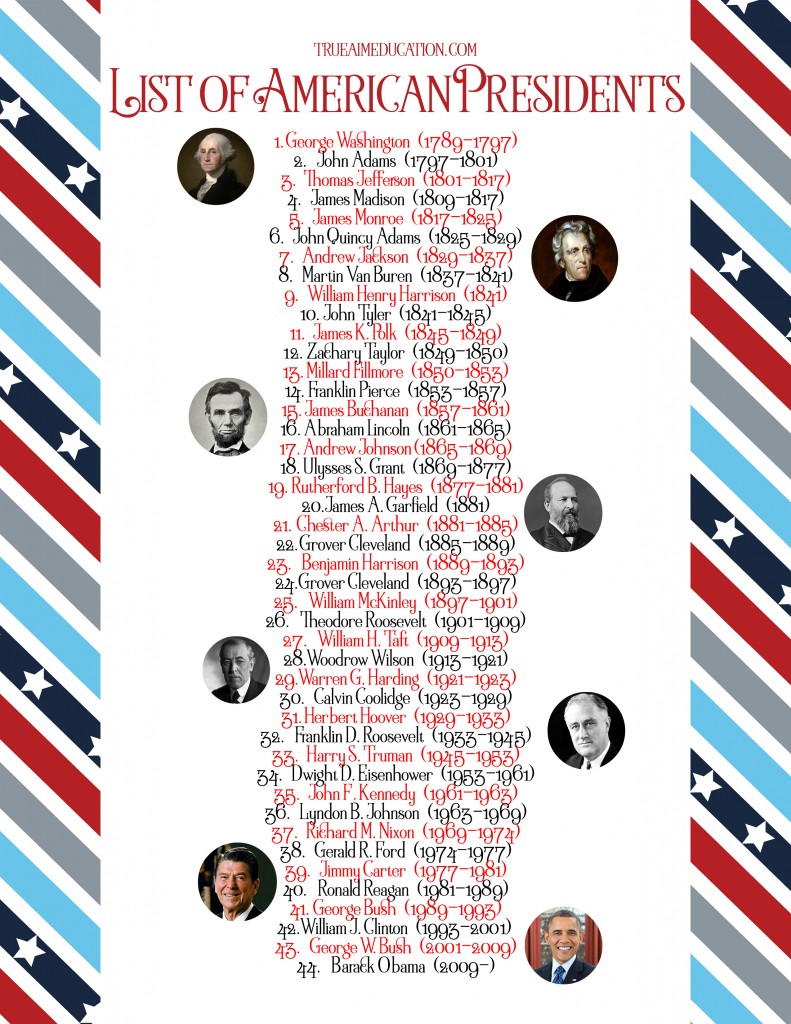 We as humans love stories – we love to tell them and we love to remember them. For me, the easiest way to remember history is through stories. For fun facts on the Presidents, I would recommend The Greatest Presidential Stories Never Told, which is a spin off of The Greatest Stories Never Told. In it, include 100 little-known facts/stories about the US presidents, from the presidents before George Washington, to the only president who got a speeding ticket.

For a fun song to remember the Presidents, try this Animanics song to a catchy tune, which also includes little tidbits about each of the Presidents which are easy to memorize. For a more basic version, try this version to the tune of Yankee Doodle. I figured since I often get song lyrics stuck in my head, they might as well be educational.

I am a firm believer history should never be boring, and always memorable. Here are 18 crazy, interesting facts about the US presidents, with a free printable for you to hang in your classroom or homeschool room.

18 Fun, Crazy Facts About the Presidents

2. Grover Cleveland is the only president to serve two non-consecutive terms.

3. Dwight Eisenhower is the only president to serve in both WWI and WWII.

4. Andrew Jackson had a parrot that was so profane, it had to be removed from Jackson’s funeral for swearing.

5. James Garfield survived an assassination attempt, only to die from blood poisoning after doctors attempted to remove a bullet from his back. It is said Garfield could have survived with the bullet in his back. His assassin, Charles Guiteau, claimed that he didn’t kill the president, the doctors had. He was hanged anyway.

6. Martin van Buren was the first President to be born a US citizen.

7. John Tyler was born in 1790, and still has two living grandchildren.

8. Woodrow Wilson is the only President to have earned a Ph.D. He didn’t learn to read until he was 10 years old.

9. James Madison was the shortest President. He was only 5’4” and never weighed more than 100 pounds.

10. Once, while giving a speech, Teddy Roosevelt was shot. He continued to deliver his speech with the bullet in his chest.

11. William Taft is known as the largest President. Dubbed “Big Bill,” Taft weighed 325 pounds, and often got stuck in the White House bathtub.

12. William Henry Harrison gave the longest inauguration speech – 8,578 words in one hour, 40 minutes. Unfortunately, it was cold outside during his speech, he caught pneumonia, and died exactly one month later.

13. Franklin D. Roosevelt was in office for four terms, from 1933-1945. He served 12 years, 1 month, and 8 days, until dying right before WWII ended. He is the only President to serve more than two terms.

15. John F. Kennedy was the first Roman Catholic to be president, the first Boy Scout to become president, and the first president to be born in the 20th century.

16. Abraham Lincoln created the Secret Service hours before his assassination.

18. During WWII, ten men survived a plane crash after being shot down by the Japanese. Only one was rescued, and the other nine men died at the hands of the Japanese. The lone survivor was George H. W. Bush. 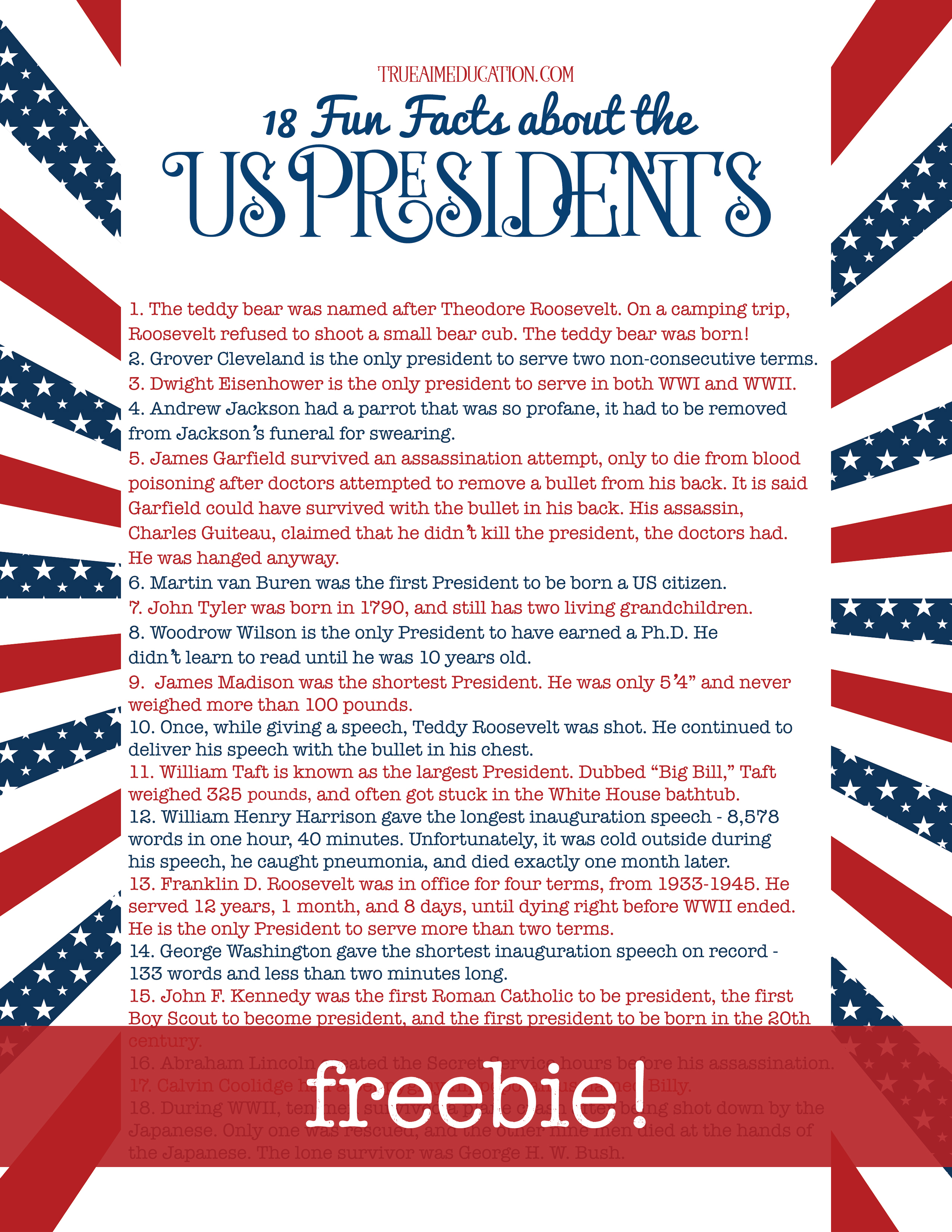 For more non-textbook ways to learn, check out 30+ Ways to Teach History Without a Textbook.