Finally a huge victory! And I just thought I’d share. Every year my property taxes are hiked up by a voter approved levy. This used to frustrate me because I never even knew about the vote. Then I figured out how our shady schools play the game.

A few years ago, I heard about the school district’s annual levy on the radio. The vote was scheduled for Friday. I planned to show up and vote NO. By a random chance I happened to turn the radio on on a Wednesday, and guess what, I found out that the vote had been moved forward to that day! I think this was intentional. All the kids and parents would know because the schools made announcements, but if it hadn’t been for my luck, I would have still showed up on Friday.

When I went to vote the place was of course, the local schools. On top of that, I found out why the vote was moved to that Wednesday; it was parent-teacher conference night or something; oh and the school choir was preforming. How perfect, parents who wouldn’t have shown up otherwise, now would be available to vote prior to the concert. And the school wasn’t bashful about it. They were telling the parents to vote. Of course, we didn’t stand a chance and the lev y was passed. 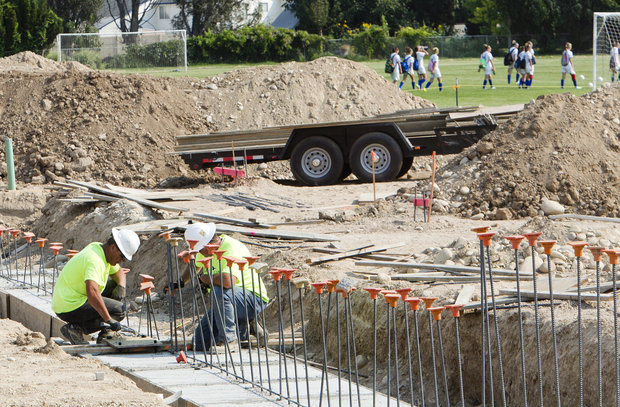 Well, they played a similar game this year. Again, if it wasn’t for the random chance that I turned the radio on, I wouldn’t have know about the proposed levy or the vote. Thanks to a local radio host, Nate Shelman, who got the word out, we finally had enough property owners show to defeat a levy!!!!  This was a huge victory because our school districts never lose!!!!

Well, there was this parent calling property owners who voted against the levy idiots, and I had to respond.  Here is what Ryan said:

“Shame on the voters for not getting this passed. It boggles the imagination how unintelligent and short-sighted the electorate can be. We have let our children down and let our community down, by being so incredibly miserly as not to fund needs that are blatant and obvious. The funny irony is that in doing so, the homeowners of the district have shot themselves in the foot. Don’t people realize that school quality and property values go hand-in-hand? If we fail to fund our schools, school quality suffers and buyers are strongly deterred from buying homes in our district; thus the value of our homes slip. By being such overly-aggressive penny pinchers we are robbing ourselves of our home values, not to mention robbing our children of the education they deserve.”

Here was my response:

“I am so sick of the schools sob stories every year, calling for more handouts. They stack new levies on us every year and people like you believe their rhetoric. By the way your logic is incredibly flawed. If we passed this levy we’d be paying the tax, then if property values went up we’d be paying more taxes for that, and we’d only make money if, and when we sold. The trouble is that unless we buy a new house outside this area, then we’d be paying higher prices because, well, the property values went up. If my house was $100,000 and this levy increases my value by 5%, I’d make 5,000 when I sold. But then if I upgraded in the same area to, let’s say to a $200,000 house and it also went up 5%, I’d be paying an additional $10,000. Minus my “gain” from the home I sell and I’m still out another $5,000!

Thank goodness we finally defeated one of these stinking school levies. If you want to invest more money in failing schools, go ahead – write a check. No one is stopping you and I’m sure you’ll make your money back when your property value goes skyrocketing! But stop trying to pass levies extorting money from property owners. We already pay enough!”

As schools start back up all across the country, make sure you know what you’re giving money to.