It’s become legend in our family; that Christmas in the early 1960’s when our beloved Christmas Trap was born. It may have started a bit by accident, but as with all traditions, it is now carried on with intention and love, albeit with a bit of mischief wrapped in too. 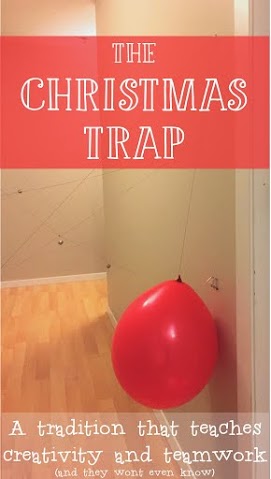 “We were just so tired” my sweet 83 year old Grandma Palmer wearily recalls. She loves this story and she loves what the Christmas Trap has become. As she rocks back in her cozy recliner she relives that memory. “Everything was in boxes and had to be put together. So many things to build. And then to wrap. And then clean up. We were just so tired when it was all done.”

It was Christmas Eve and my grandparents were finally finished creating Christmas. The boxes, the bows, the wrapping paper, and ribbon. All of the work was finally done. But their children were notoriously early risers on Christmas morning, and the thought of a 4 am wake up was exhausting. But Grandpa had a playful streak and hatched an idea that was worth losing a bit more sleep.

He gathered a few tarps, went outside to the children’s windows, and covered them so not even a sliver of Arizona sunshine would peek through those windows that Christmas morning. He then headed to the bedroom and set all the clocks a few hours back. This might just earn him a bit more sleep.

Sure enough, when the kids awoke to dark rooms, they assumed it wasn’t morning. It took a few hours before one of the older brothers realized that the single star in a very dark sky was actually a hole in the tarp. It is still debated who bested whom that Christmas. Uncle Denny thought he was so clever discovering that they’d been tricked. But Grandma and Grandpa relished the extra two hours in bed. The playful debate was ended by a promise from Grandpa, “Just you wait till next year. We’re gonna getcha ya good.” 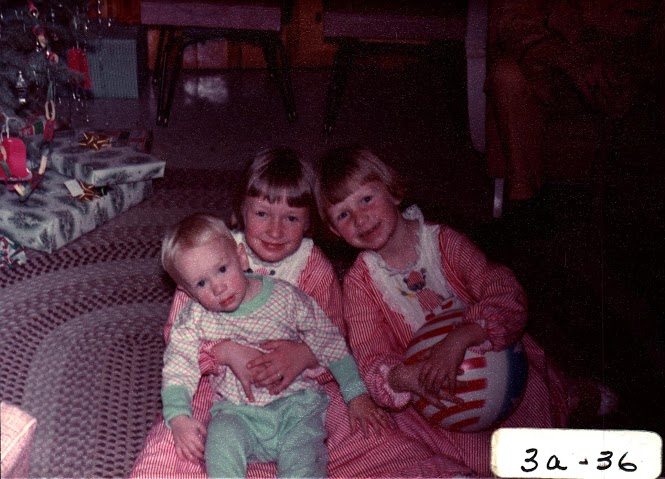 And ‘getcha ya good’ they did for many years to come. Instead of a trick that next year, it turned into a trap. A trap designed to alert Grandma and Grandpa that their children were trying to get to their presents. And the trapping has been carried into their grandchildren and great grandchildren’s Christmases.

Over the years, the traps have evolved to include all manner of obstacles, towers, alarms, barricades, ropes, boxes, and every type of (friendly) booby trap under the sun. The tradition not just invites but demands teamwork and creativity, a winning combination for creating memories and building unity in a family. As extended family, we can reminisce on these memories not just for the days following Christmas, but for months and years. In the words of my cousin Natalie “The trap is one of my three favorite things about Christmas, like, more than presents.”

Here’s a glimpse of some of my Christmas’s growing up:

1. My 1st Trap: I was 4 years old. I woke up Christmas morning, opened my door, and a tower of brown paper bags stacked to the ceiling stood looming over me. It was confusing at first, what was this? After yelling for my dad, he took a bag off the top, peeked over and said “Knock it down Kara!” I came crashing through with a smile on my face. 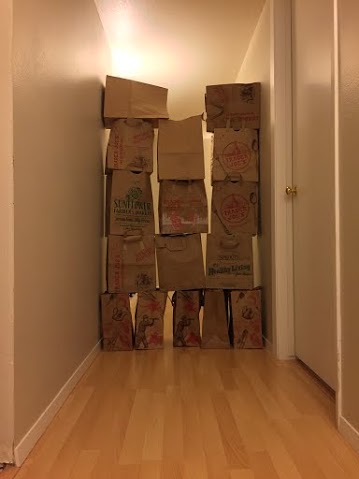 2. Balloons and Bells: One year my parent’s taped painter’s plastic around the doorway of the room we were sleeping in and stuffed it full of balloons. But not just regular old balloons, these had jingle bells inside. If we opened the door and the balloons came cascading out, it would have sounded like Santa Clause himself had just arrived in our bedroom. We cracked the door barely wide enough to painstakingly remove balloons one at a time. 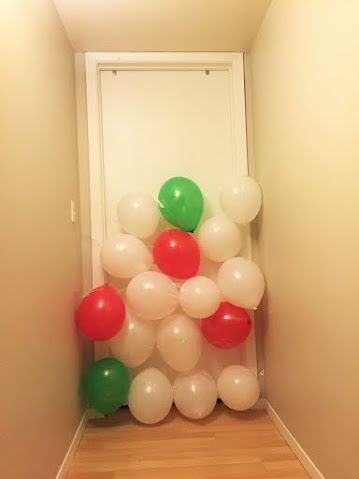 3. Trip Wires: One of the more difficult elements of many traps I went through was a web of black thread, which is almost invisible in the dark. The thread can be rigged to topple a tower of pots and pans, sound an alarm, turn on a light, or pop a balloon. To beat these kinds of traps requires agility and carefully guiding each sibling as they bob and weave through the web. 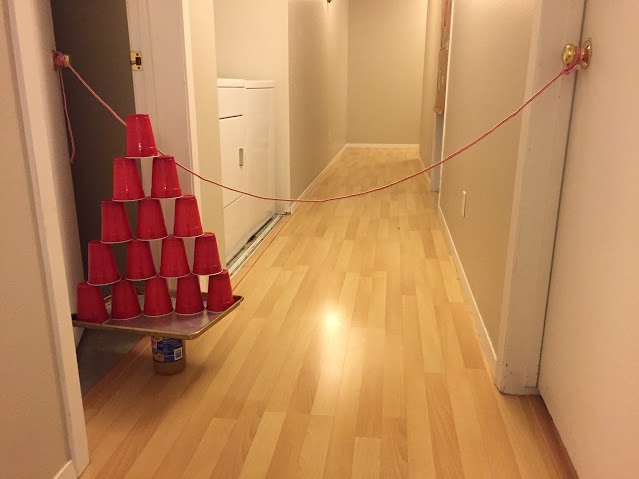 4. Deception: After a few Christmases, we expected a trap in and around every corner. My dad would often leave a misleading clues to deceive us. One year there was a single red light in a silk plant and we were sure it was some sort of alarm. Turns out it was just a light from the VCR which he had stuffed into the plant’s foliage. And my uncle once used alarm stickers on all the doors; his kids actually thought he had installed a home alarm system over night. And then there is one of my favorite stories about my cousin Nathan. 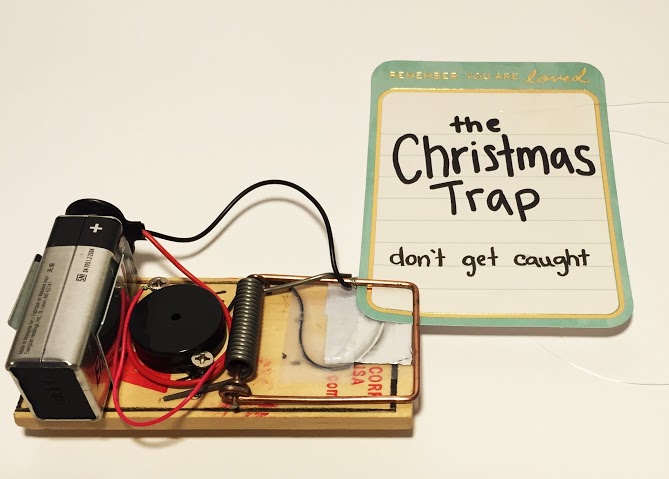 5. Clues: These types of traps are a bit of a departure from the typical booby traps my parents set up. Instead of trip wires and popping balloons, we had to use wit and skill to navigate the series of clues so we could find Christmas. And they weren’t easy. We had clues we had to retrieve from the bottom of the swimming pool, at an Uncles house on the other side of town, and even at a gas station where we had to sing a Christmas carol to the attendant to retrieve the clue. Here is an example of a clue based trap we used one year: Grinch Who Stole Christmas. 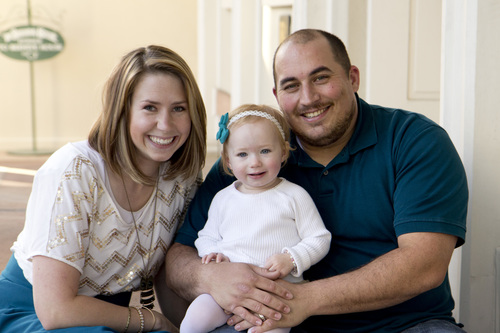 About Kara B.
Born and raised into the tradition of trapping, Kara cannot imagine a Christmas morning any other way. Sharing this idea with the world has been a dream of hers for years. But before making it a reality, she was able to graduate in chemical engineering and work with semiconductors for a few years. She is now taking some time to raise her two children.