Sometimes it is hard to let children take the reigns, especially when it comes to cooking.  It’s a little messy, it might not taste very good, and let’s face it, it’s hard to be a hands-off parent. I want to control and direct everything because I’m so used to having everything done the way I want it to be.

When you let that control go, beautiful things happen. My children have blossomed with the responsibility. Their confidence has grown and the idea that they can accomplish most things on their own is starting to grow roots. 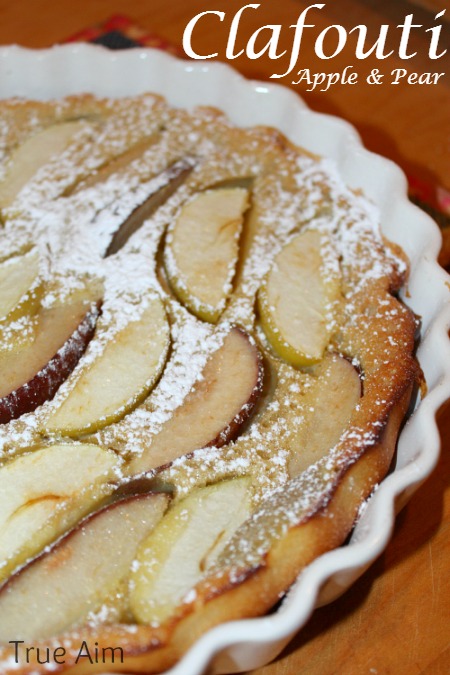 An “I can do it” attitude is what happens when you let children take the reigns in the kitchen. Here is Audrey’s first recipe she’s made on her own; Clafouti. Other than putting it in the oven, she did it all – from reading the recipe to turning on the oven. 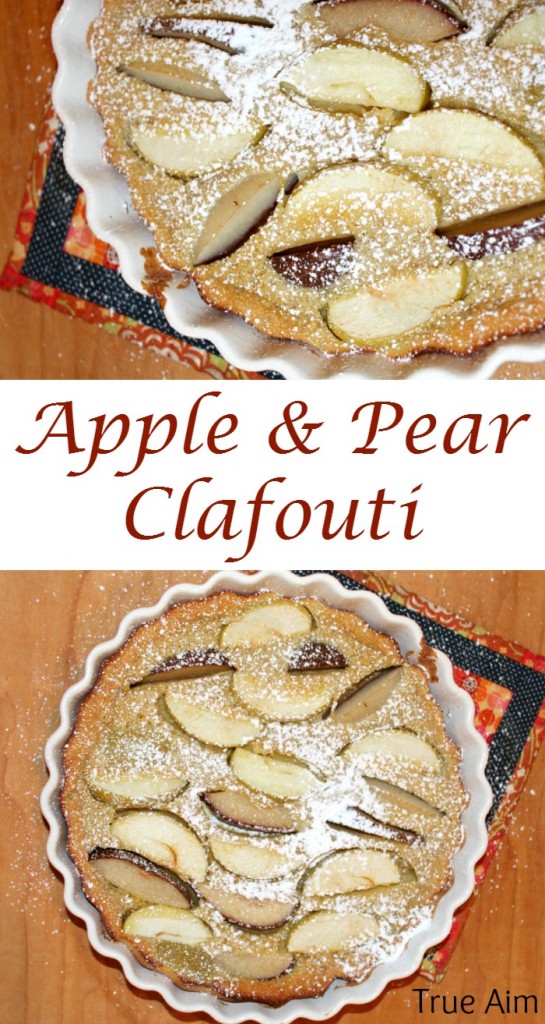 In case you didn’t know, Clafouti is a thick pancake-like dessert that usually has cherries in it. We substituted green apples and pears for the cherries to make the perfect fall Clafouti.

I did it! I let her make it all by herself and it was more of a struggle for me than her. I had to hold myself back from jumping in several times. 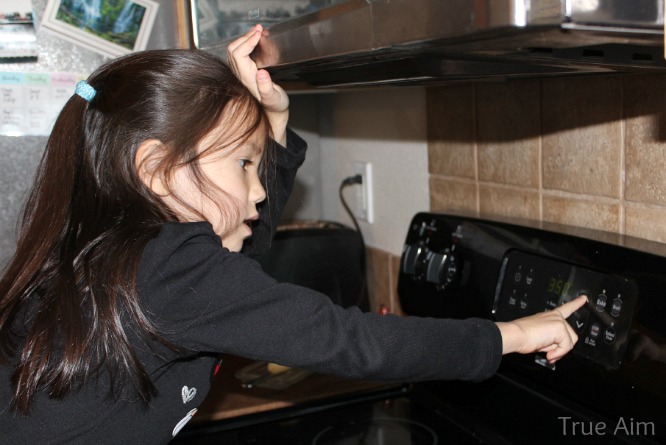 Why do mothers want to do that? Is it because we’re impatient or worried it won’t turn out right? 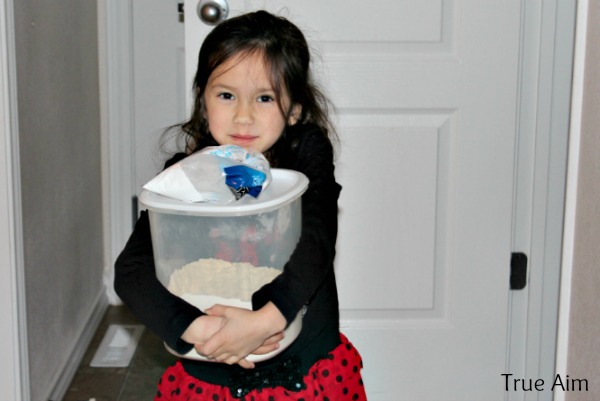 Is it because we don’t want to see our children fail or be disappointed? It’s probably a little bit of all of those things. 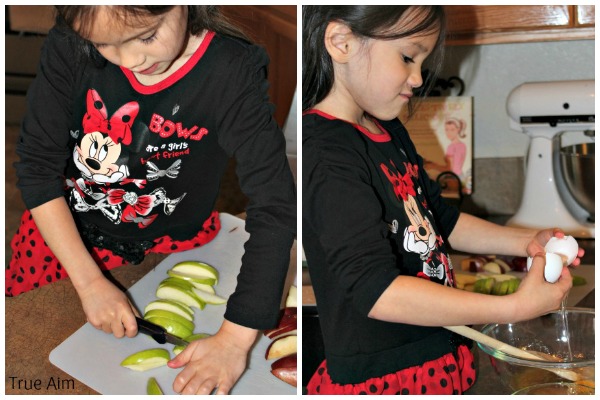 She struggled a little bit with whisking it. It needed a LOT of whisking, but I stayed out of it and she worked it out. 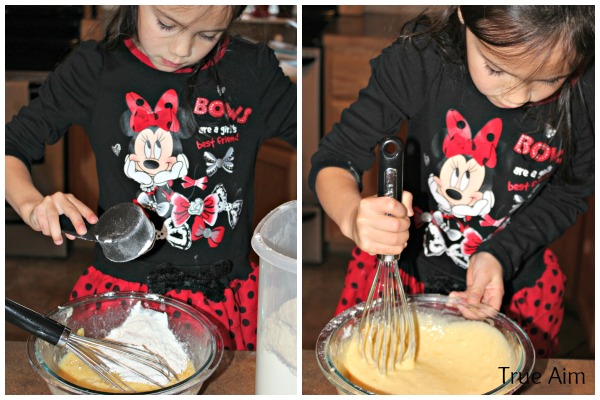 Yes, there was a little flour on the floor and some extra vanilla in the recipe, but it was so fun to watch. I was very proud.

Print
Prep time
15 mins
Cook time
40 mins
Total time
55 mins
Apple and Pear Clafouti is a light french cake that tastes like a thick crape.
Author: True Aim
Recipe type: Dessert, Breakfast
Cuisine: French
Serves: 6-8
Ingredients
Instructions
3.2.2802
We made this before dinner and popped it in the oven so it cooked while we ate. The cake was perfectly light, so you could serve it for brunch too. 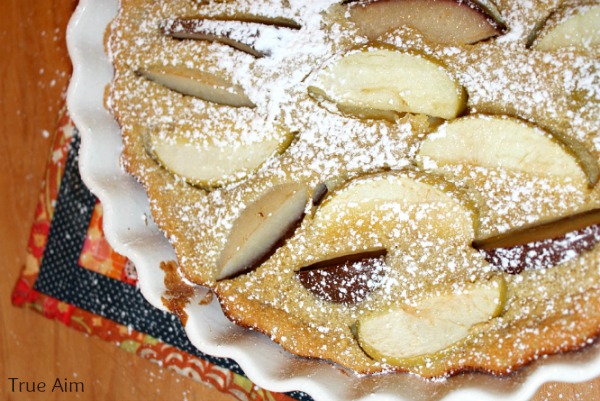 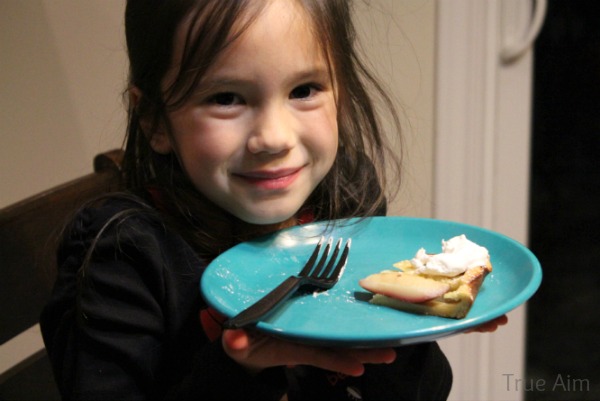