Why is everyone so hysterical about Common Core? Why are teachers quitting their jobs, parents calling their school boards, and students refusing to take the tests? This is silly. People simply don’t understand what Common Core is.

Common Core is not a new idea, and Common Core is certainly not what ruined public schooling. Actually, Common Core is the natural progression American schools must take as they mature into the socialist institutions they were always meant to be. 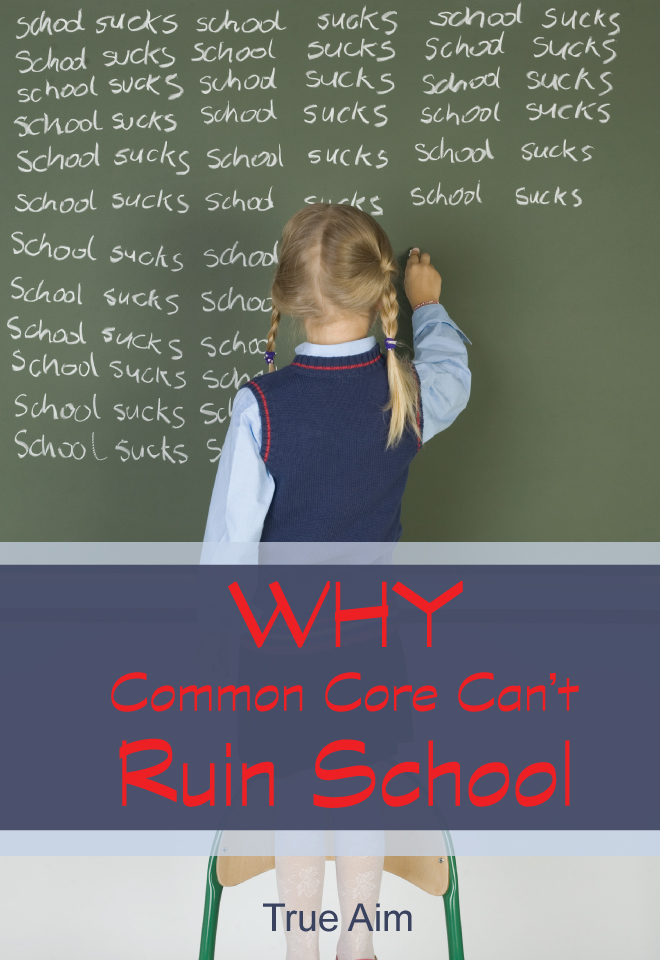 If you are concerned that Common Core is “dumbing students down,” you shouldn’t be alarmed; schools have always done this. Don’t you remember?

There has never been a time in our nation’s history when schools weren’t failing. Go all the way back to the 1850’s and the days of Horace Mann, the Father of Modern Schooling, and guess what, parents were outraged that schools were doing a terrible job. So if you started your children in a failing system, why are you suddenly concerned about Common Core? It is only going to lead to more of the failures that you consented to the day you dropped your children off for kindergarten.

Besides, failure and success is a matter of perception. For instance, if you are under the illusion that schools are trying to educate children, then of course, you’d assume that they are failing. But, what if I told you that the entire purpose of school was to deprive children of an education? If that were the case, the schools would be succeeding! And along those lines, Common Core is helping school reach new heights.

I don’t expect to change your mind today; there is simply too much to “unschool” in the few paragraphs that follow. But I have a few questions for you to think about. I dare you to answer them over summer vacation, before you return your children to school in the fall.

This an important question to answer because it will reveal the true purpose of school. Modern schools grew out of three movements: industrialism, socialism, and eugenics.

The industrialists were obviously after cheap labor. However, you’d be surprised how schools provided the cheap labor. One way, was to provide taxpayer-funded “daycare,” so that mothers could afford to join the workforce without employers having to pick up the cost of childcare. This practically doubled the labor-pool overnight, taking the country from a shortage of workers (where employers had to pay a living-wage) to a surplus of labor (making labor extremely cheap).

Another way was by depriving workers of a useful education. They could no longer apprentice under a master. They had to go to school, thus ensuring that unless they went on to college, the average workers graduated high school with no marketable skills; making high school graduates job-ready for low-skill industrial factories!

To find out the other purposes of school, read REVEALING school.

2. Why would schools want to “Dumb Students Down?”

In 2013, the most popular jobs in America were: retail salesman, cashier, food preparation (fast food), desk clerk, nurse, waitress, customer service, laborer, secretary, and janitor. With the exception of nursing, all of these jobs are low-level, low-skill, and low-pay. As I stated in REVEALING school:

Dull and obedient is what American corporations are looking for schools to furnish. Competent people expect a living wage; smart people rethink the system; leaders blaze a new trail; and entrepreneurs start competing businesses! – all detrimental to the powerful tycoons in corporate America!

And that is why schools are designed to dumb students down. The bells, the pointless assignments, the lectures, the standardized tests, the busy work, the rules and long hours are all designed to condition children to endure the monotony of corporate America.

Schools teach students to deny their own creativity and ambitions, in favor of another’s. In fact, subjection of our children’s wills is the main thrust of public education. If children are going to make outstanding employees some day, they must learn to put a company’s ambitions above their own.

3. How do schools dumb kids down?

There are hundreds of methods used to dumb kids down, and you experienced all of them in your school days.

Schools dumb kids down by making learning long and painful, providing misinformation, pointing students in the wrong direction, replacing the Classics with textbooks, segregating children according to their age and not their abilities, replacing latin with spelling lists, rewriting history, stealing children’s free-time, forbidding children to socialize in class, standardizing “learning,” micromanaging, separating children and parents, divorcing education from experience and the real-world, assigning homework to steal the evenings, failing to teach the essential information, encouraging students to master a “sport,” instead of a marketable trade, testing with bubble sheets and multiple choice, grading obedience and participation… The list could go on and on and on.

What do the elites know about public schools that you don’t? And why do these wealthy men invest hundreds of thousands of dollars to keep their kids out of the very schools that your children attend? I know the answers because I attended an elite boarding school.

These are just a few basic questions that I answer in REVEALING school. If you would like to know the entire truth about school, you can get REVEALING school at Blue Manor Education and Amazon. Please read the book and share it with a friend. It has the power to change the conversation about education and school forever!

« 15 Out of the Box Art Activities you MUST try!
Cooking with Kids: Easy Fruit Salsa Recipe »