I’m sickened by how this author tries to tie unsupervised homeschooling and child molesting together. It is scary, how he is trying to convince people that children being with their parents is some how unnatural and dangerous!

The author couldn’t even find an example of a homeschooler that was molested by a parent, so he used the example of an independent school (and “The independent school had been controversial and was frequently inspected by provincial officials,” so obviously the supervisors weren’t able to stop the abuse or even guarantee a good education anyway), and secondly, they seem to be implying that children in government schools can’t be molested by parents.

Finally, they ignore all the abuse that goes on at school with some teachers and coaches raping and molesting students. 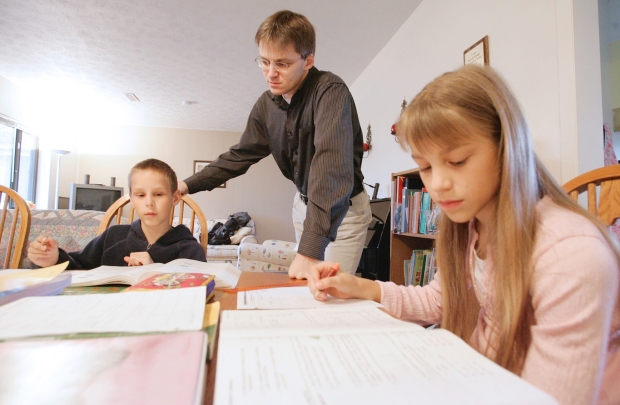 Show me the evidence that homeschoolers are more at risk than public schoolers before making disgusting insinuations. For every homeschooler molested by a parents I will show you ten molested or raped at school.

Understand that it won’t end with homeschoolers. Once the rhetoric is swallowed that parents need supervision because they pose a threat to their own children, the nanny state will step in. Soon, they won’t just want to know what homeschooled kids are learning, but what everyone’s children are eating, they’ll want to safety proof our houses, and conduct interviews with our children. In case you think that I am way off, did you know that Scotland introduced a bill last year to do just that?

The point is, these people use extreme examples to get everyone riled up, but when it comes time for the government to implement its newly acquired power, they never limit themselves to those extreme cases. So, in the case of homeschooling, I am for zero regulation. If there is evidence of abuse and parental neglect, then the state can conduct an investigation, but until that time, like all other people, parents should be innocent until proven guilty.

If government schools can’t keep the kids inside their own buildings safe and educated, why should they be allowed to supervise anyone else? Seriously, the calls for increased regulation of homeschoolers has nothing to do with keeping kids safe and everything to do with our government’s desire to run our lives.