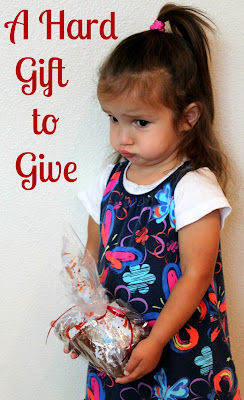 Giving the “Gift of Giving” is a hard gift to give!  In fact, it took my husband and me several months to give this gift to our children.  That is partly because our two and four-year-old didn’t want to accept our wonderful gift and partly because we underestimated the complexity of it all.

“Aaaaaahhhhhh!” I heard my little girls screaming.  I ran into the room expecting to find hurt children, but the only thing injured was a poor Barbie being ripped apart in a ferocious bout of tug-of-war!  “Emma and Audrey, what in the world is going on?” I scolded.

Yeah, I couldn’t understand her either.  So, I asked my four-year-old who was just barely more articulate than her sister.  In between her sobs, I discovered that the fight was over the one and only coveted “Singing Princess Belle Barbie!”

Audrey had willingly shared all her other Barbies, but drew the line with her Singing Belle – feeling entitled to it because it was her favorite.

“Oh how generous Audrey!  You only want to share the Barbies you don’t like!  If you really cared about your sister you would want her to have the best.  So, for the rest of the day I want you to be a generous big sister and let Emma play with your favorite Barbies!” I commanded.

“Five minutes later, I heard my little girls screaming for a second time, “Aaaaaahhhhhh!”  This time it was Audrey who ran into my room, ahead of her younger sister, for a  preemptive explanation,  “Mom, I tried to share my favorite Barbie with Emma, but she won’t take it!”

Moments later, in rushed Emma, tears rolling down her chubby cheeks holding Cinderella.  Cinderella was once coveted just like Belle, but that was before her “unauthorized” hair cut and torn dress.

“Audrey, why is Emma holding Cinderella?” I questioned.

“Well, you said that I had to give Emma my favorite and I decided that Cinderella is actually my favorite, so I tried to give it to her but she won’t to take it!” she explained.

It was an interesting twist, but I wasn’t buying it and from the look on Emma’s face neither was she.  If this was actually Audrey’s favorite Barbie, I could save tons of money by shopping for her future presents at the dump!  Nice try Audrey! 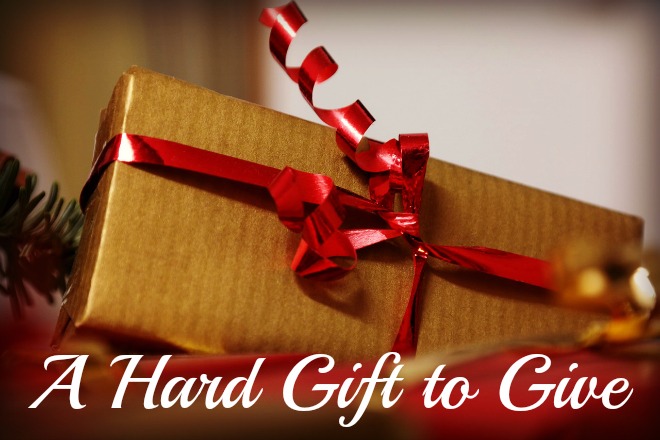 Wanting desperately to instill generous hearts in my daughters, I teamed up with Dad for a little lesson on sharing.  After dinner I placed the “last” cookie on Dad’s plate.

Step 1:  Dad wanted to eat the whole thing himself, but decided to ask the girls what they thought first.  Amazingly, they were now all for sharing and they gave him several good reasons why sharing was so important.

Step 2:  Finally, the girls convinced Dad it was good share.  So, Dad broke off a few crumbs for the girls.  Needless to say, they weren’t thrilled.  Dad didn’t understand.  Why should he share more?  Again, they gave him some great reasons.

Step 3:  Dad divided the cookie into four equal pieces; one for Mom, one for Audrey, one for Emma and one for Dad.  The girls were so grateful and sharing was so much more fun than Dad had ever imagined, that Dad didn’t want to eat his piece – he wanted to share it too!

At last, my children learned the joy of selfless giving!