Confession: we like to celebrate birthdays at Chick-fil-A.  We’ve done 2 there so far this year and we make up lots more excuses to go on other days.  No this isn’t an ad.  Chick-fil-A is our favorite place to go for fast food so when I was invited to try their new Grilled Chicken Entrees, of course I said yes!  I was given some gift cards for free food to giveaway, but more about that later. 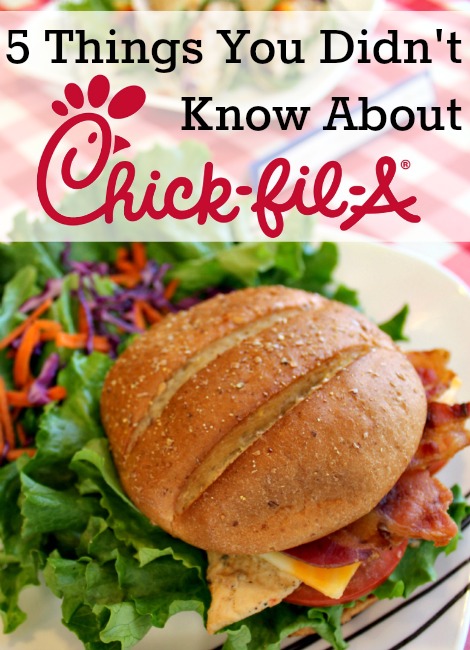 Along with my family and friends, I was treated to an amazing Back Yard BBQ tasting event at my local Chick-fil-A and given a tour of the kitchen. 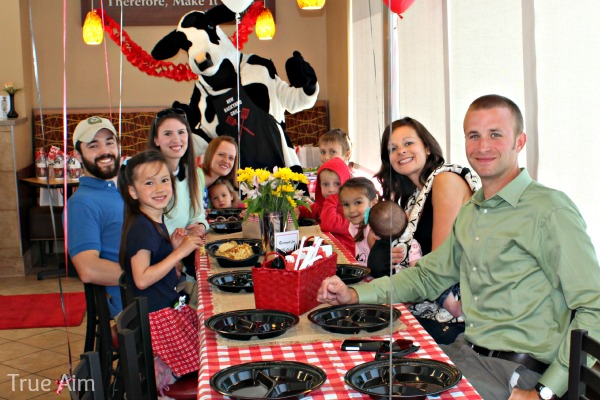 We hung out with the cow. 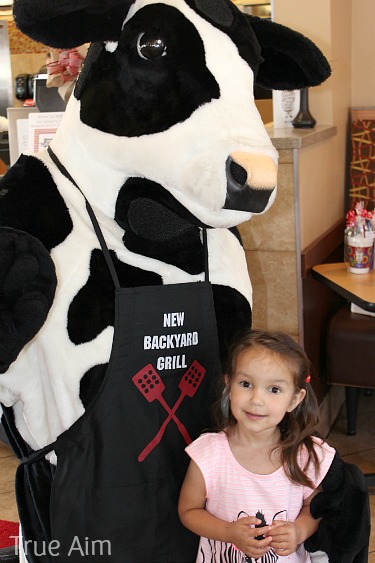 We sampled all of their new grilled entrees and had some backyard fun! 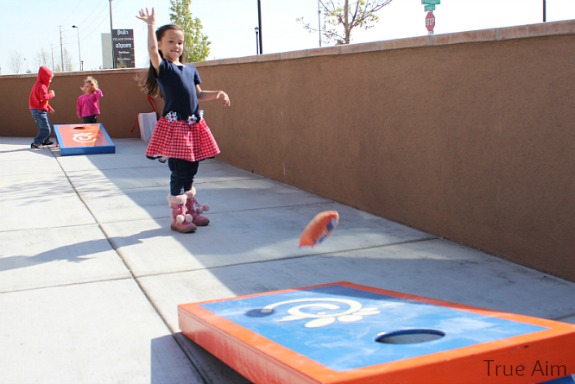 I learned so much and wanted to share with you some secrets about my favorite place that made me not want to eat anywhere else. 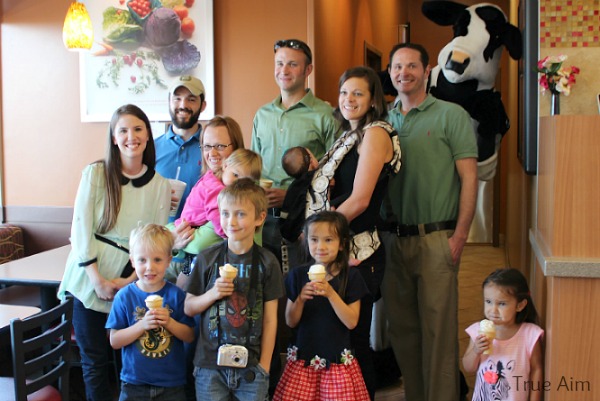 It’s hand squeezed!  I don’t even do that.  But the owners of Chick-fil-A know; fresh squeezed lemonade is the best.  And everyone must agree because Chick-fil-A is the largest buyer of lemons in the US!  What’s so special about lemonade?  It’s not that big of a deal, but it shows the value they put on quality and taste which carries over into everything on their menu.

I was blown away when they told me all the ingredients in their salad comes into the kitchen from local growers, whole head.  That means nothing is pre-shredded, pre-cut, or pre-made.  They do all that in the kitchen. 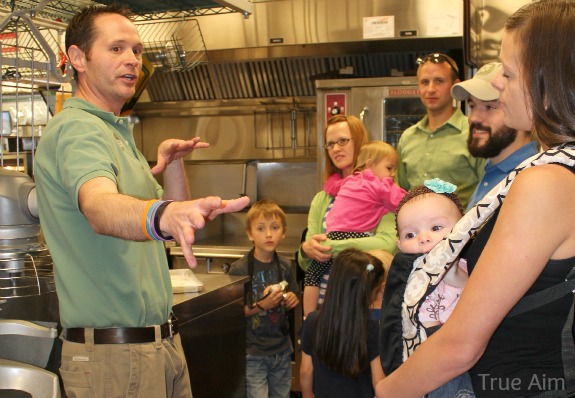 I worked in a sandwich shop throughout my highschool years and we would make our salads in the morning, but almost everything was pre-made.  Plus, some salads would stay in the refrigerator for a few days.  At Chick-fil-A they only prep a few salads at a time ensuring their salads stay really fresh and never a day old.

The new Grilled Chicken is Ah-mazing!  If you haven’t tried it, you need to because I prefer it to their original.  It is so juicy and flavorful I just wish I could cook like that at home.  The key is their new grill that they had specially engineered.  It was a $50 million project so you know it is the most amazing grill you’ve ever seen. 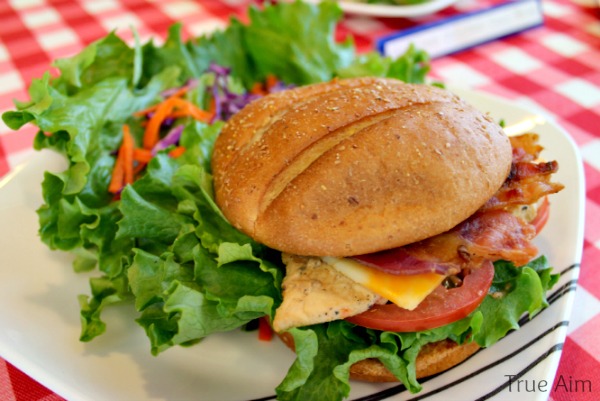 I watched them make the chicken and was surprised that they do everything right in the kitchen, nothing is pre-breaded or marinated.  For their original chicken, they hand-dip it in a milk wash and then in seasoned flour.  It makes a thicker breading and keeps the chicken moist.  That’s the inside scoop!

It is not only about being closed on the Lord’s day, but also about promoting family and taking care of employees.  Chick-fil-A really cares about their community and it pays.  Their stores are open half the time of their competitors and the average restaurant does a million dollars more in sales per year than an average McDonalds does, even though McDonalds is open 24/7. 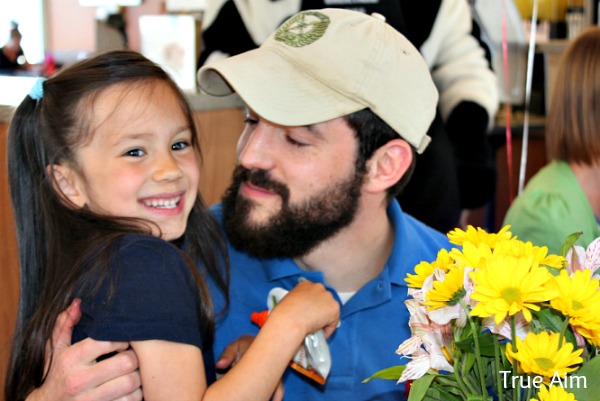 At first, I thought the operator and the manager of the store were just that.  I imagined the owners were somewhere far away sipping ice tea on a beach.  Then I learned, that the operator and the manager are the owners; a Husband and Wife team who have invested their lives into owning their own store.  Brad started washing dishes at Chick-fil-A when he was 17 and stayed throughout his college years.  Together with his wife Amy, they set out to Boise to start their own. 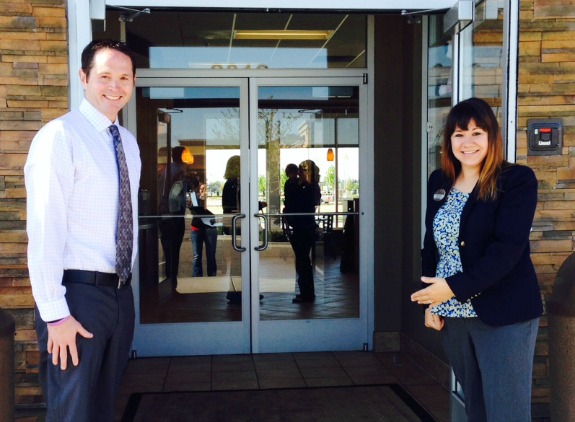 They are real people who work hard and have a 2-yr-old boy, just like me.  I’m sure that there are a lot of other chains that have local owners that I just didn’t know about, but Brad and Amy seem to have a very hands-on approach to ownership that gives the store a personal touch. 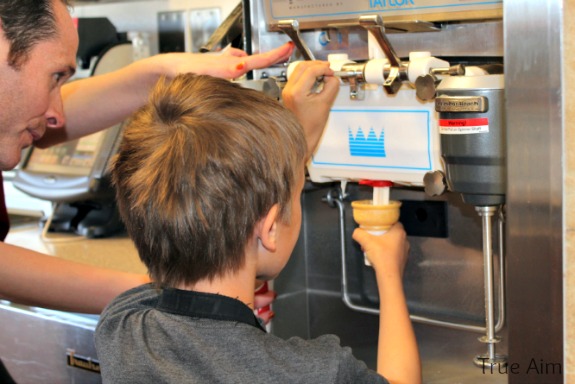 Did you learn something new about Chick-fil-A?  I hope I’ve got you craving some chicken because here’s your chance to win some!  15 people will win a free sandwich a month for 3 months.  Simply enter the rafflecopter below. 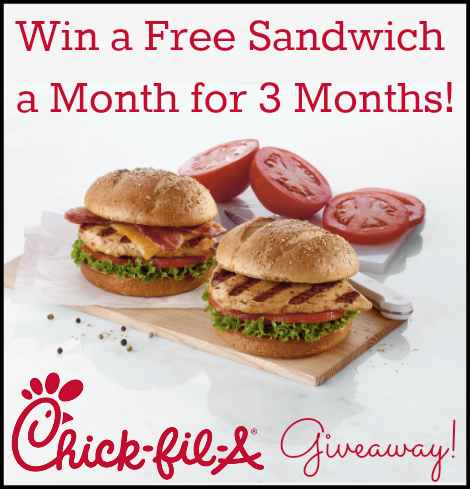 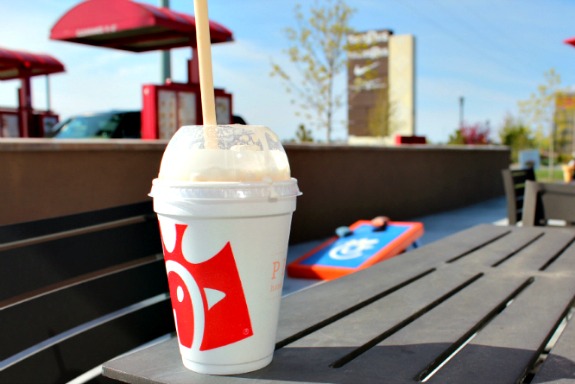