Turn a regular bean bag toss into an education carnival party game!  I use this game to review letter sounds and recognition, numbers; you could even practice addition.  Make into a carnival game by adding reward tickets for correct answers, or compete by keeping score.  Let the games begin! 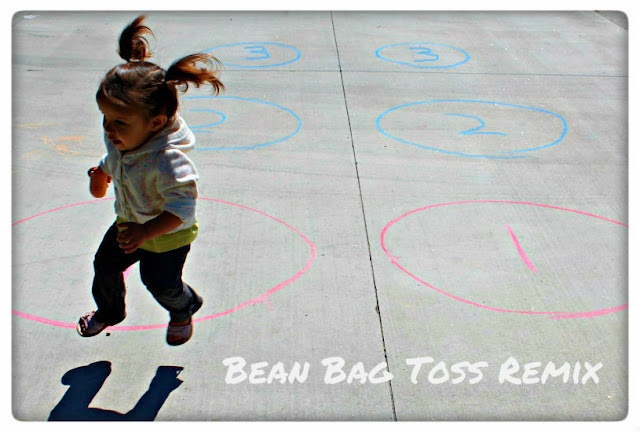 ABC Bean Bags (anything you can throw)

1. Draw circles for your kids with different point values in them.  Use bigger circles for younger children and draw them closer to the throwing line.

2. Then have your children throw bean bags into the circles to score points. 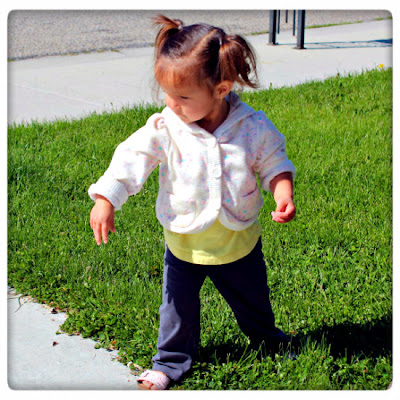 3. If they can sound out the letter on their bean bag, they get the points.  You could also try sight words! 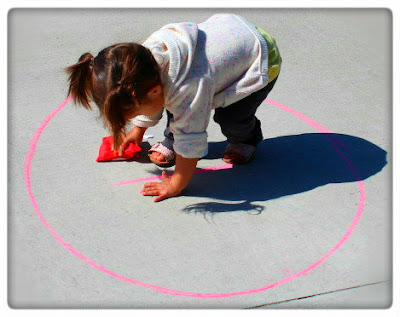 4. Keep score by writing their names in chalk and tallying the points.

5. Reward the winner.  We use Popsicle Sticks! 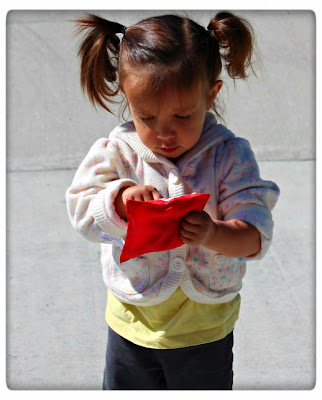 1. Draw Letters, or whatever you want them to learn in the circles.

2. The children try to throw their bean bag on a letter. 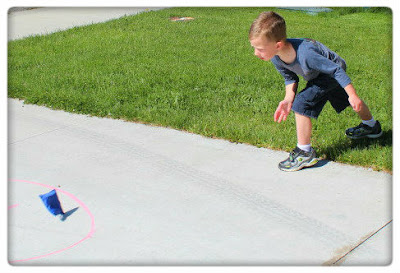 3. If your children say the sound of the letter they hit, they get a reward.

4. For indoor play, use hula hoops and letter mats, or simply have the children throw a bean bag in a bin.  If they get it in the bin they can answer a question and win! 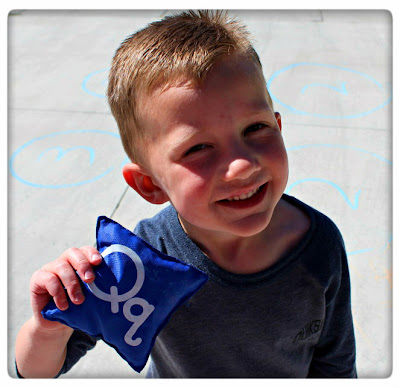 To incorporate addition or subtraction problems, simply pick a number at the beginning of the game.  This will be the first numeral in your equation.  In the circles, draw +1; +2; or -1;-2 etc.  When they get their bean bag in a circle, have them solve the equation starting with the number you picked at the beginning of the game.
There are so many different ways you could play.
How do you learn with Bean Bags?  I would love to hear about it in the comments below!
Click here for more Educational Carnival Party Games!