Stories have a powerful impact on children and that’s why we love reading stories that teach meaningful lessons. One Grain of Rice by Demi, not only teaches a moral lesson, but also a mathematical one as well. 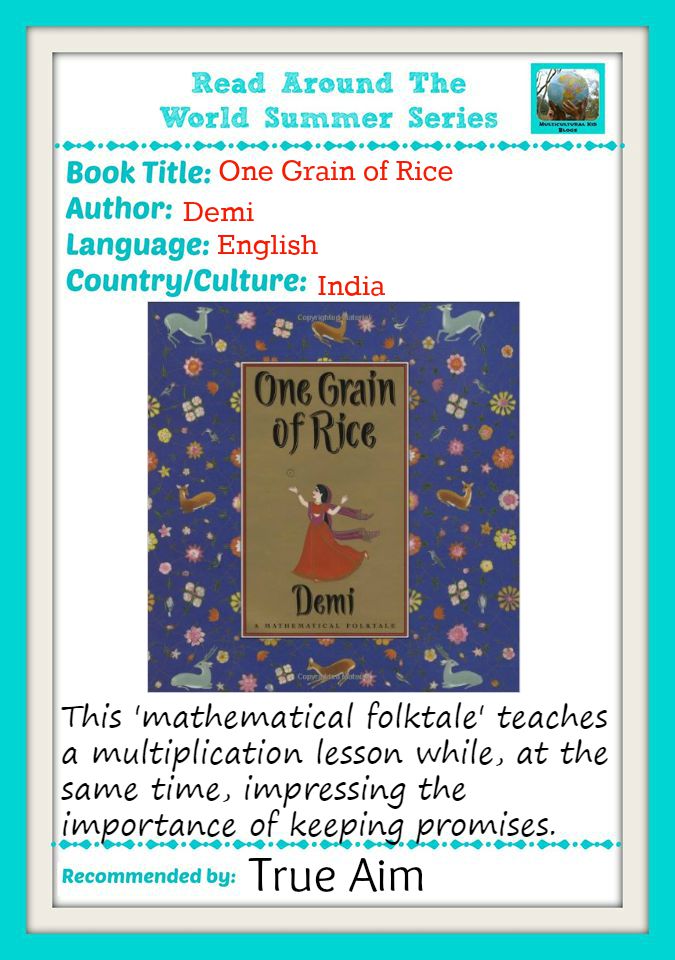 This book is set it India where there is a Raja ruling over the people. He decides that everyone should give them most of their rice so it can be saved in store houses in case of a famine. The Raja is smart because a famine does come, but he decides not to honor his promise. More on the story later…

Before reading the story, set up a simple visual example of what the book talks about. I used rice, but you can use anything; cookies, beads, even cereal. It could be really fun to have a special snack after the activity to make story time even more exciting.

I set up bowls of rice that doubled from one bowl to the next. First I started with 1/4 a cup of rice. I tried to use clear bowls so my kids could see the rice, but next time I’ll use bowls that are close to the same size so the kids can focus on the amounts of rice in each one.

I think cookies would be fun to use, just starting with 2 mini oreo cookies and doubling them in each bowl; 2,4,8,16,32.

After I was all set up, I called the kids in the room. I asked if they could see the pattern from one bowl to the next. They were a little puzzled. Right away they noticed that I had a bowl of red rice instead of white. Yes, that is a difference, but that was just because I ran out of white rice. oops! 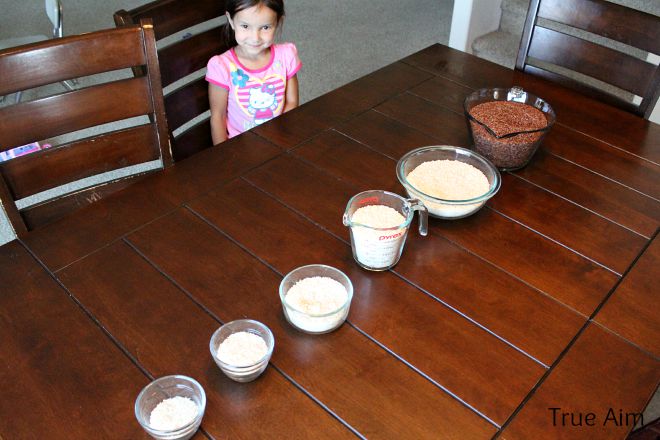 Then I helped them by asking them if they were really hungry, which bowl of rice would they want? This helped them see that at one end there wasn’t as much rice as the other end. I compared the bowls from least to greatest and asked out of the two bowls next to each other, which one would they want?

Finally they saw that gradually there was more rice in each bowl.

This is where the story comes in. You can find the book, One Grain of Rice on Amazon. (affiliate link) 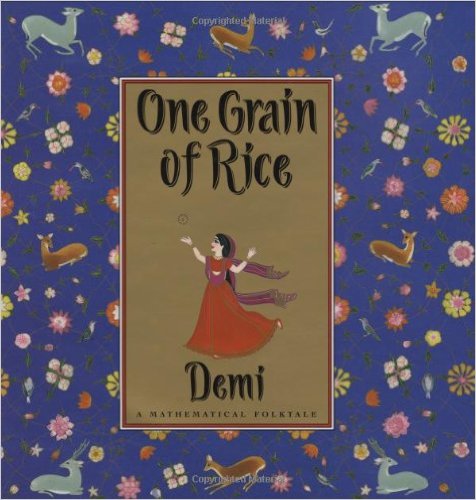 The pictures are magical, plus there is a fold out page that visually shows an example of the amount of rice that the main character gets in the end.

Or you can listen to it read on YouTube. I really recommend buying the book, but if you absolutely can’t this is the next best thing.

So continuing this story, a girl named Rani sees an opportunity to get rice for the people and help the Raja keep his promise. She sees rice falling from one of the Raja’s elephants, but instead of taking it, she returns it to him. He decides to reward her, and asks what she wants.

Instead of asking for a reasonable amount of rice for herself, she asks for a very small amount, just ONE GRAIN. She asks for that amount to doubled each day for 30 days. The Raja does not see the mathematical calculation of her request and grants her the reward. 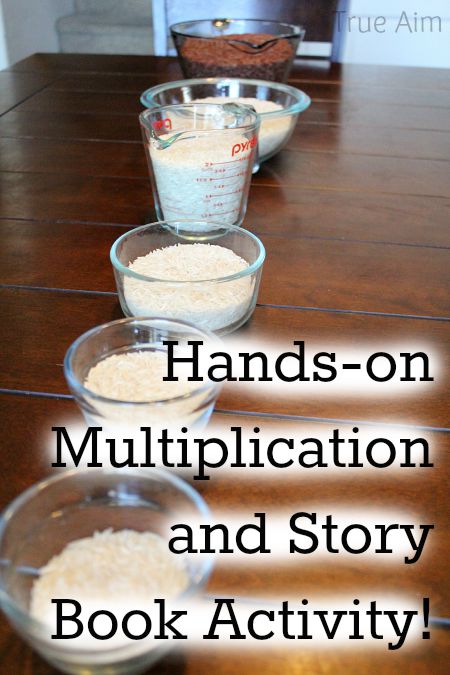 As I’m reading, after certain parts of the story, I like to ask my children questions to make sure that they understood what we read. Questions like, what did the Raja tell the people to do? What happened when there was a famine in the land? What did Rani ask for?

After the story, we went back to the rice and I showed them how I doubled the amount in each bowl. I also showed them on paper what that looked like as a multiplication problem. Then I had them experiment with the measuring cups and rice so they could practice doubling amounts themselves.

What do you think about the story? Would you use rice for this activity or something else?

This post is part of the Reading Around the World Series. Please visit the post below for even more book suggestions and activities! 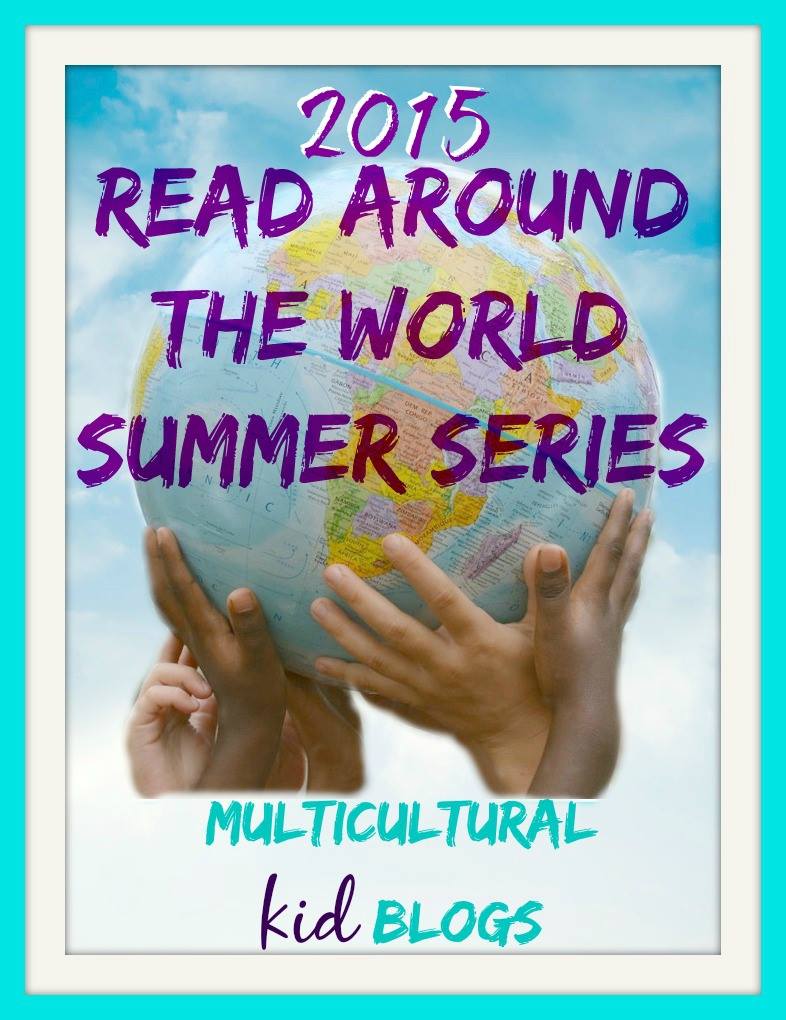