If you have ever walked out your front door into several feet of snow wearing shorts, because the day before it was sunny and hot, and you had no idea the weather could change so quickly over night, then you’ll have some idea of how I felt a few weeks ago.

It wasn’t white snow that had miraculously appeared in a single night. I stepped into my garage, with barefeet, and while it did look like it had snowed, the snow was a million tiny black mouse droppings. Only a few days earlier I’d seen nothing and now everything was covered.

There were droppings on shelves several feet off the ground, in my buckets, in my work bench, on my shoes, on my kids’ shoes everywhere. And then out of the corner of my eye I saw a tiny flash dart under a shelving rack and disappear. I grabbed a piece of wood and ran over, but the mouse had vanished without a trace.

The next time Janine was at the store, she bought several mouse traps. I filled them with peanut butter, but the little rodent wouldn’t touch them. I have no clue why. I saw him all the time; I just couldn’t catch him. He’d go under something and “poof,” he was gone.

Until one day, he made a terrible miscalculation. He hid under a pile of rags in a plastic basket. I carefully lifted the bin into the air and set it down into a huge box. Then I peeled back some of the rags and he shot out as usual, only this time he had no where to run. He tried to jump out, but the box walls where too high. He was caught! 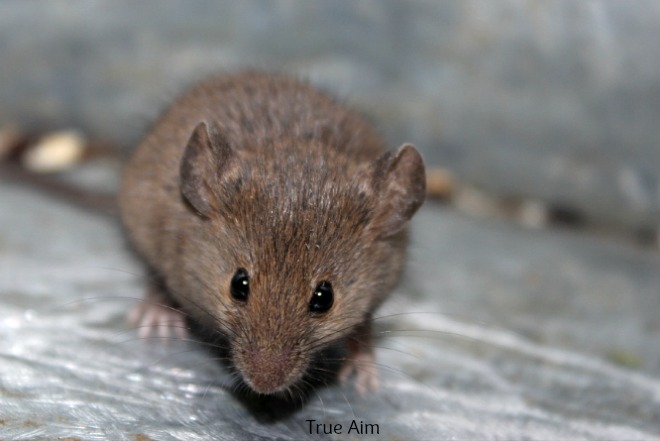 I am not a terribly sensitive man. The plan was to grab a shovel and put an end to his mischief. But to begin with, he was baby mouse. Probably only 4 weeks old. It wasn’t his fault he’d been born in my garage.

Besides that, I’d been writing a Bible app. that week on creation, and I started thinking about how God had entrusted us to care for the animals. If God took the time to create mice then why should I treat His creation so carelessly? That led me to thinking about a Bible verse: “Look at the birds of the air: they neither sow nor reap nor gather into barns, and yet your heavenly Father feeds them…” (Matthew 6:26a).

If God cared enough about the birds of air, maybe I could take a little effort to care for this helpless mouse.

While I thought the matter over in the house, my children got wind of the mouse. They wanted to keep him. My 2-year son, Colton, even warned me not to hurt the mouse because it was “HIS” mouse. They’ve watched too much Cinderella and Theo, I think.  So, I decided to let the mouse live. 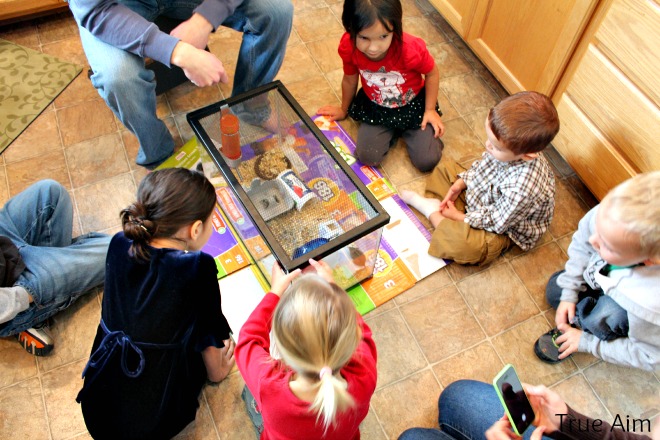 I bought a tank and wheel, and resolved to keep him for the winter and release him in the spring. I traded out my kill-traps for live-traps. And mice must be pretty smart, because where they wouldn’t touch the other traps, they flooded into my live traps. We now have 9 “pet” mice, 7 babies, a mother and father. 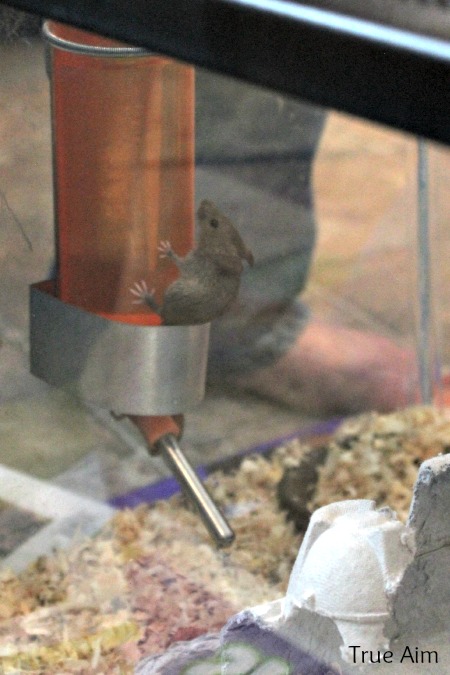 I don’t let my children touch them, just in case, but they are thrilled to just sit and giggle as the silly mice race around their cage. I even used it as homeschooling lesson to teach our kids about compassion for animals. We named all nine mice Mercy Mouse, because we showed them mercy. 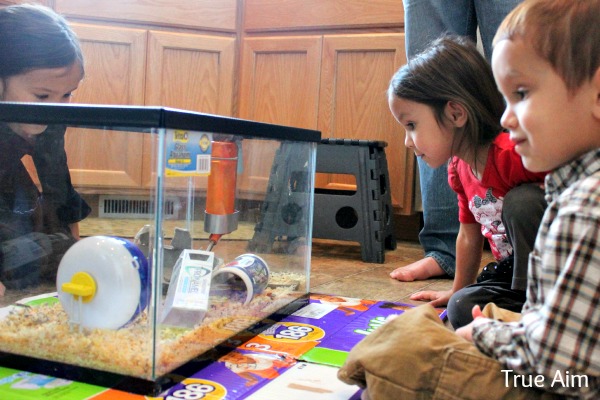 I’m not saying that was the right answer to our mice problem. Some mice carry diseases, especially deer mice (ours are house mice, similar to what you buy in a pet store). I wouldn’t judge anyone who did the sensible thing and killed them. This is just what we did.

Have you ever caught a wild animal for a pet and released it?