Confession:  I thought I was firm a believer that, “Sparing the Rod, Spoils the Child!”  However, over the past few months my firm belief was challenged three times.

First, I started to see “spanking-is-abuse” articles all over the news.  Next, Delaware essentially criminalized corporal punishment.  And finally, my four-year-old daughter told me she didn’t want to play with me following a spanking episode.

More than anything else, that last one really hurt and my conviction began to unravel. 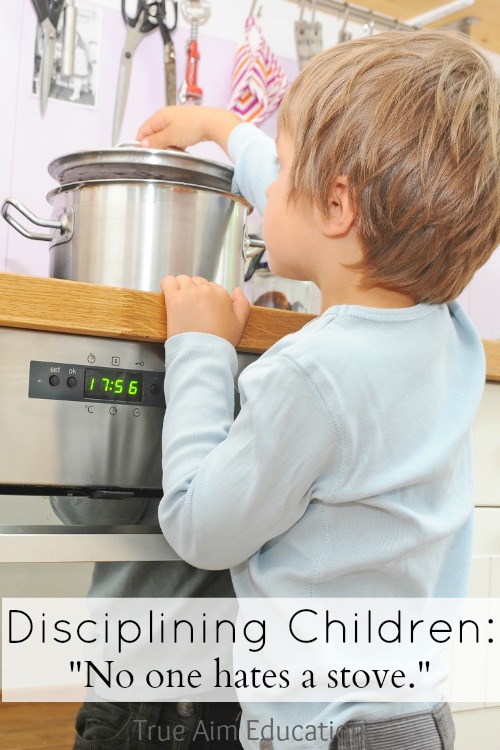 It started with a few additional warnings and then an increasing “timeout bias.”  Without realizing it, I had lost my conviction and began jumping hurdles to avoid spanking.  The effect was profound, but wholly unnoticed until one morning.

Observation:  “Audrey, would you please clear and wipe down the table.”  It was a simple request that months ago would have been meet with an cheerful, “Yes Mom.”  I waited and waited.  Audrey, who was playing chess on the computer, didn’t even look up, much less respond.

“Audrey, did you hear me,” I continued.”  She nodded yes, but continued to play here game.  “Audrey, get up right now and clean this table!” I barked.  Finally she looked up, but only long enough to inform me that she was currently busy.  And that is how the argument began.

Five minutes later it was getting really heated.  My four-year-old was sassing and I was threatening “timeouts,” when all of the suddenly it abruptly ended!  Literally mid-sentence!  Audrey went from telling me how she was “just going to finish her…” and then just as cheerful as can be, “Yes Mom. I will clean the table right now!”

For a second a was doubt founded!  What had so quickly changed her attitude?

Then I noticed Dad had entered the room.  “Good morning Dad!  I am helping Mom clean the table!” Audrey chirped, while smiling and scrubbing away.  If I hadn’t just personally witnessed her attitude, I would have suspected that she was the sweetest, happiest, most-hard-working daughter in the whole world. The transformation was breathtaking.

Later my husband and I discussed what had happened.  He swore that Audrey simply did not respect me as much because I hadn’t been spanking her consistently.  In fact, he said she may even resent me because I wasn’t spanking her!

At first, I didn’t see his logic.  Why would my daughter resent me because I didn’t spank her?  But the truth was that Audrey behaved better for her father.

Parable of the Stove:  A few days later Audrey and I were cooking dinner together.  She was watching for the water on the stove to come to a boil, so that she could poor the rice.  When it did, she leaned forward and eased the rice into the pot.  She was totally focused, careful not to touch the hot burner and careful not to let the rice splash boiling water. 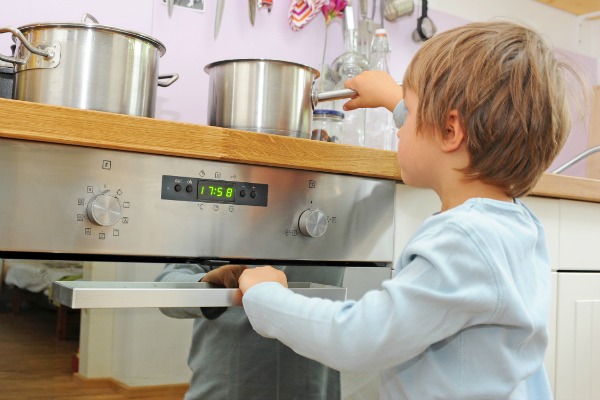 As I was monitoring our daughter, my husband leaned in and whispered, “How many times has Audrey been burned by the stove.”

“Does she hate cooking because the stove burned her?” he continued.

“No, she loves to cook.  She is just more careful now.”

“So, instead of resenting the stove for burning her, you might say she respects it?  Of course, if the stove was cold most of the time she would hate it because it never cooked food like it was suppose to and, on the other hand, if the stove occasionally flared up and spit flames into the air and burned her, she would probably hate it and never want to cook again.  But, as long as the stove is consistent, cooking as it should and burning her only when she is careless, she doesn’t resent it.  In fact, if she was to get burned again she would probably blame herself for being careless and not the stove for doing what stoves do.”

I knew where he was going.  I was like the crazy stove that is always cold until it suddenly flared up, shooting flames everywhere.  No wonder Audrey didn’t behave for me anymore – she wasn’t sure when she needed to.

Conclusion:  The spankings have resumed and Audrey and I are getting along much better.  Now whenever I see an article from some child psychologist about how children resent parents that spank them, I remind myself, “Don’t worry – no one hates the stove!”

« Homeschool Room Inspiration and Mom’s Library #102
The Smell of Memories and a Sensational Giveaway! »