The first time I tried this slow cooker ham it was my first Thanksgiving as a new mom. My husband’s aunt made it and I was skeptical. Ham wasn’t really my thing. I used to imagine a rubbery salt-lick when people asked me if I wanted some ham at Thanksgiving dinner.

I am so glad I tried it, because after 8 years, it is still the only ham I like to eat for Thanksgiving. 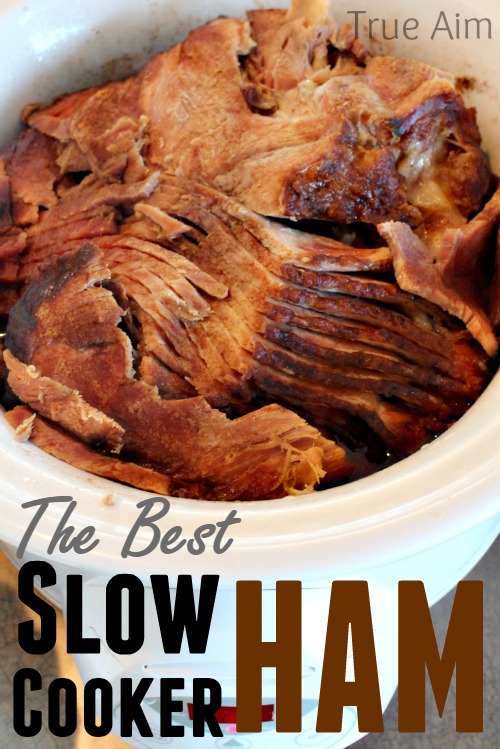 I’ve given this recipe out to several people and I don’t think they’ve ever had ham any other way again either. The reason is that it tastes like candy! It’s sweet, salty, and melts in your mouth. It’s addicting!

The first time I had it, my aunt had to cut me off because she wanted some leftovers. I could eat half a ham alone cooked like this and it is too easy!

Usually I would write up a recipe card for this, but I’m just going to tell you because it’s a no-brainer.

I know, right?! So easy. Maybe it’s not really considered a protein after all the sugar, so just substitute it for that extra slice of pie you’re tempted to have. Trust me, it’s worth it. 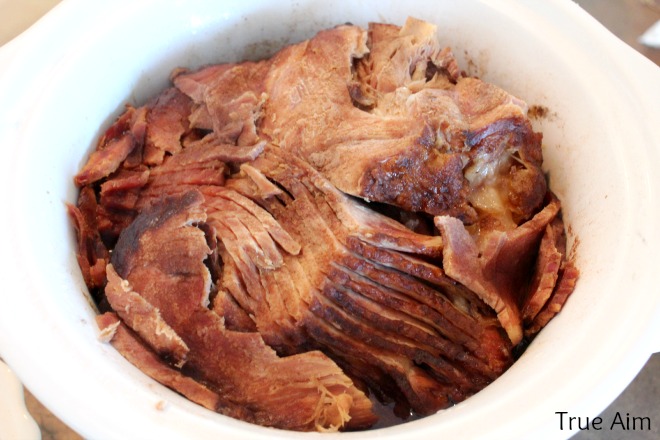 Maybe you’d like to try this tasty marvel but you don’t want to buy a half a ham. You can always get a quarter of a ham and cut the recipe in half, which is SO difficult. 🙂 Just make sure it is spiral cut or it won’t work. I’ve tried it and it was the biggest disappointment.

To serve, I usually leave it in the slow cooker. If you take it out, make sure you take a lot of the juice with it because it will dry out.

Freeze the left-overs and use them in split pea soup, ham casserole, or Ramen.

I’m temped to make some right now and it’s only October. Quick, someone make up a holiday other than Halloween so I have an excuse.

Now that you know this secret recipe, try it, come back and tell me what you think!