I received tons of towels and wash cloths as gifts for my first child.  What in the world was I going to do with them all?  I quickly learned how handy it is to have an abundance, but my favorite one was a hooded towel a friend had made me.

It’s lasted 7 years now and is coveted between all my children.  This isn’t just any hooded towel, oh no.  This thing is full sized and super absorbent.  Unlike all the other baby ones that are just that, baby sized, this towel will fit my children well into their teens.  I wanted to make more for my growing family so I finally asked her how she made it. 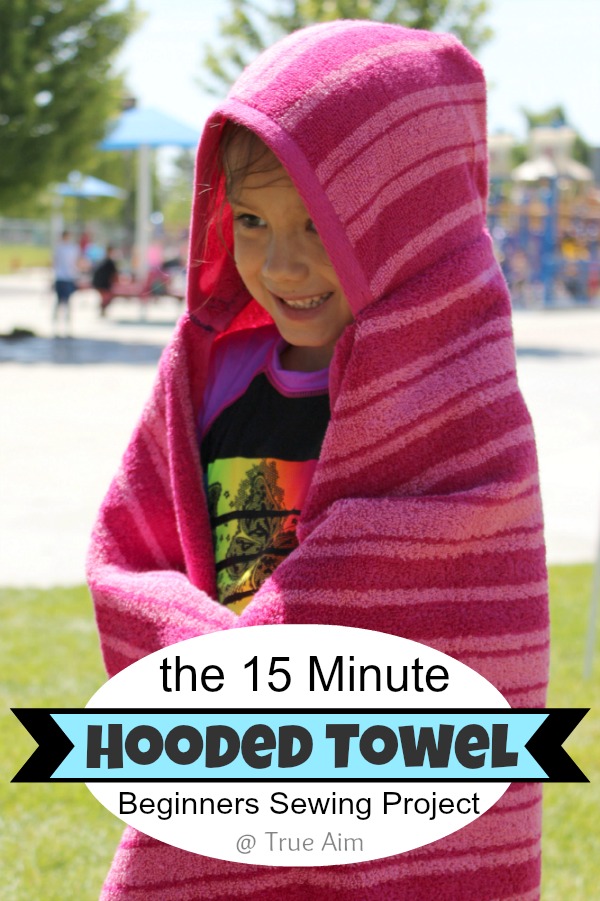 I was thinking she would have to write down directions or come over and show me, but this thing is so easy.  There is just a little Origami type fold, a straight stitch with the sewing machine and you’re done.  It only took me 15 minutes and I haven’t touched my sewing machine for years.

To make your towel you’ll need:

First, cut your hand towel in half.  Fold it in half again with the back of the towel on the inside.  With the open side closest to you, fold the top corners to the bottom making sure the edges line up. 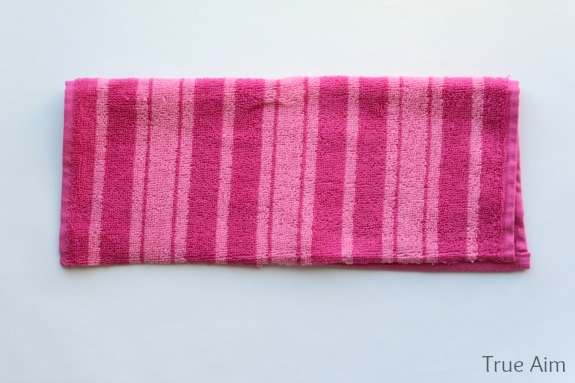 Now you’ll have a triangle with a flat top.  Turn the towel over and lift the front layer and you can see you now have a hood to attach to your towel. 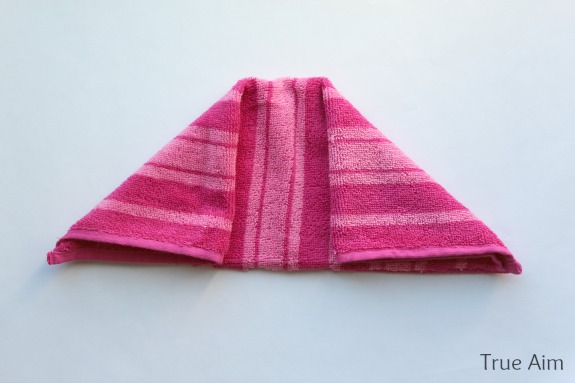 Pin the bottom layers together so your hood stays together on it’s own making it easier to pin to your big towel. 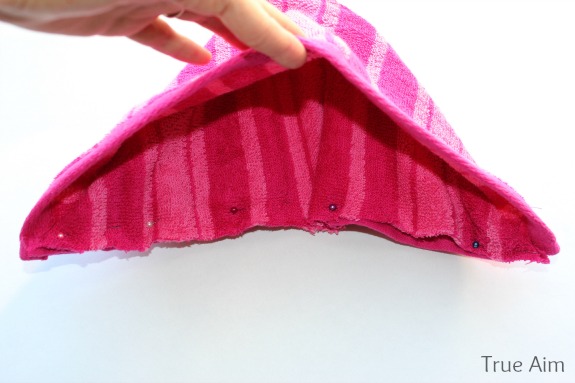 You’ll pin the seam together so that it is on the inside of your towel and no stitching can be seen when the hood is being worn.  I used bright purple thread so you could see where I sewed, but I like the decorative look too.

With a honeycomb stitch, I sewed straight across.  You can choose any strong stitch like a zigzag, or over edge stitch.  You can also sew extra stitching along the edge of the hood where the most fabric is to secure it even more. 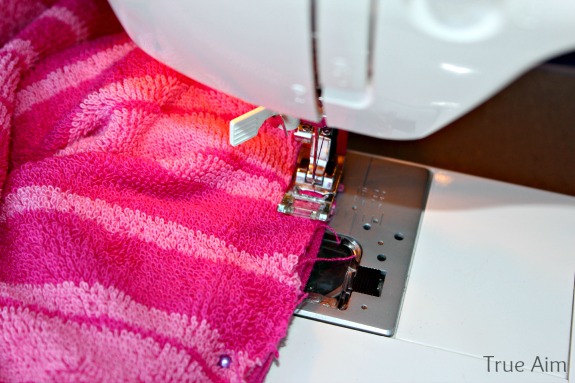 That’s it!  Now you have an awesome towel that is perfect for any summer water activity and makes a great gift.  We brought ours to the local splash pad and had a blast. 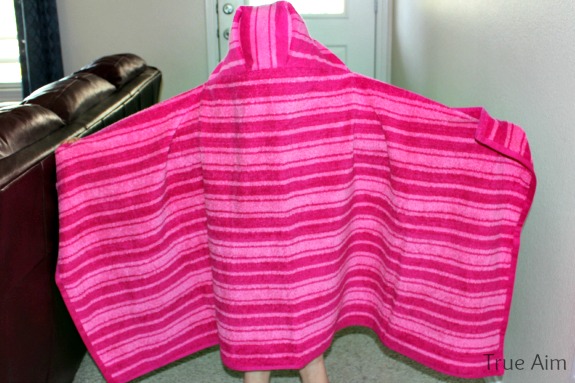