I didn’t think it would be so easy.  My daughter was only 5 at the time (now she’s 6).  She was loving math, so I went for it.  I started teaching her multiplication.  First, I taught her how to skip count by 10’s, then 5’s, then 2’s.  I didn’t do anything special; just repeated the numbers a few times a week with her and taught her a few songs. 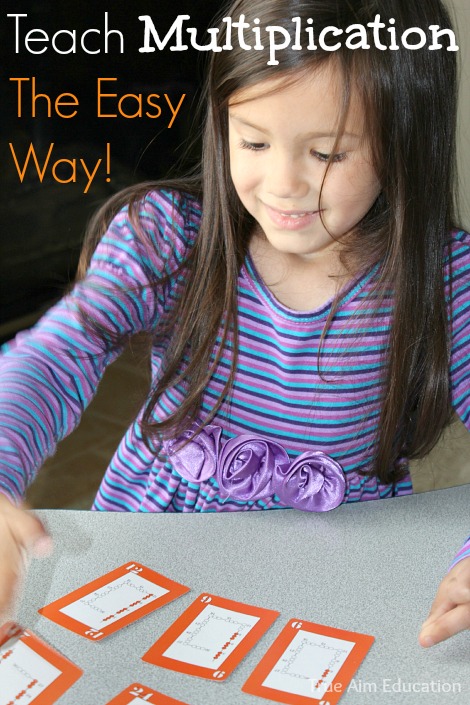 That’s when I stumbled across the best game I’ve seen to teach multiplication.  It’s called Speed.

The Easy Way is the Fun Way!

Although Speed is for older children, Audrey took to the game right away.  After a few months she has mastered her 2’s, 3’s, 4’s and 5’s times tables up to 10 and we just did it for fun; only 15 minutes once a week!  Now we’re working on 6’s.  She’s only in first grade, but she’ll learn almost all of her basic multiplication tables by the end of the year!

I’ve talked to a lot of parents whose children are in 4th & 5th grade and struggling with math because they haven’t memorized their times tables.  This game will definitely help with that, but it will also improve your children’s mental math skills.  The quick pace of the game has them making lots of repetitive computations that will become etched in their brain.  It might even improve your math skills 🙂 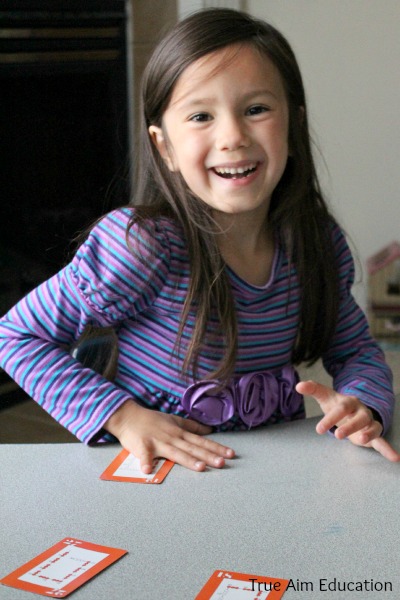 Before we play, I will review skip counting and the times tables for that deck up to 10.  The great thing about these cards is that they have visual representations of the multiplication factor in the middle of the card, so if my daughter is struggling on a problem, she can see it visually and figure out the right answer on her own. 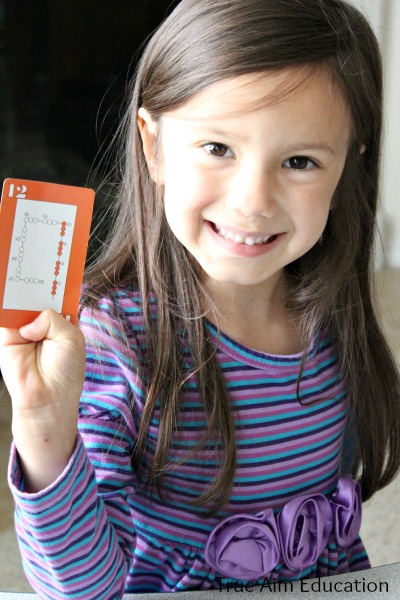 This is a 2 player game only.  To play, you simply divide the deck in half and pick up 5 cards for your hand.  The object of the game is to get rid of your pile first.  Each player takes 5 cards from their pile and puts them in their hand.  They can only have up to 5 cards in their hand at a time. 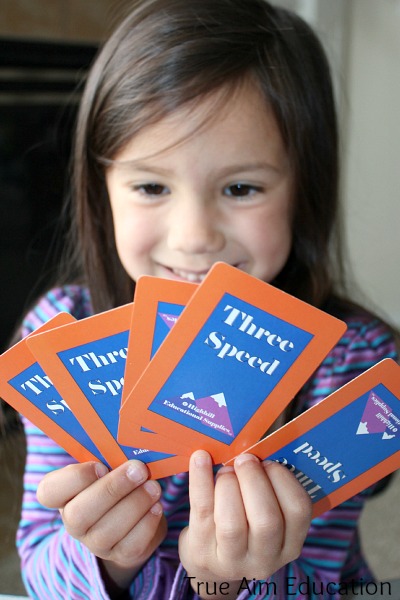 If the cards in play end up being the same, the first person to call speed makes the other player pick up all the cards in the middle of the table and put them in their pile.  This helps even up the game if one child is better at skip counting than the other.

If none of the players have cards in their hand that they can play, they each place a card from their pile on top of the cards in play.  Whoever gets rid of all their cards or the with the least amount of cards after both players’ piles are gone, wins. 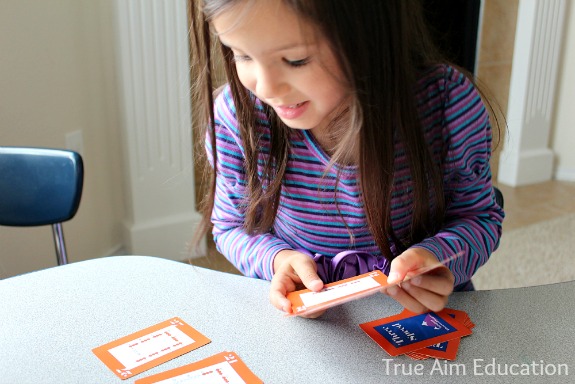 There’s more than one way to play, so you can explore numbers in other ways.  We really like addition and subtraction war.

Like in the regular game of War, you are trying to get all the cards by having the highest card value.  But in addition war you have two piles and flip over two cards at the same time.  You must add your cards together to see if you have the highest value.  To make it more challenging you could even have three piles and add three digits.  This mental math practice makes computations a lot easier, even for adults.

Obviously subtraction war is played the same way, except you use subtraction to find the value of your cards.  The great thing about using the speed cards is that you get to see the mathematical patterns that the 2’s cards make.  Your children will start to notice that the patterns are different from the 3’s, 4’s cards etc.

For an example on how to play Speed and Addition War with the Speed Cards, please watch the video below!

Isn’t this game simple?  Yes!  It is the easy way to teach multiplication and it’s so fun!

You can get Speed in my Store Here!