This is a Sponsored post written by me on behalf of Bakery Crafts. All opinions are 100% mine.

Everyone likes Batman!  He’s tough, he has a cool car, and every man wants a “bat cave”.  Since my son is still too young to watch the show, we introduced him to Batman through his birthday.  If you’re throwing a Batman Birthday for your child, you’ll love these easy themed party ideas! 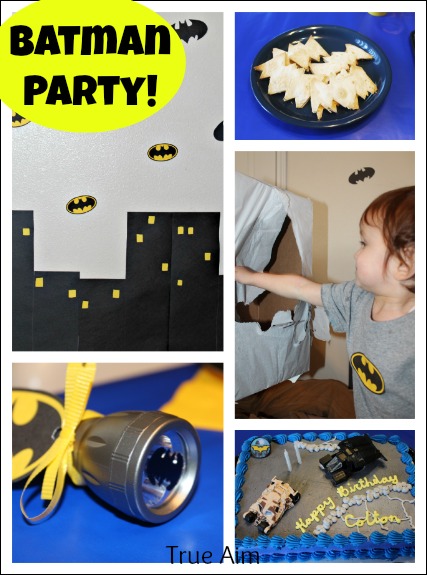 Many people don’t have a lot of time or money to spend on birthdays.  Neither do I.  So I used things that I had around the house to decorate and create a really fun Batman atmosphere for cheap!

First, I searched for Batman Bat images online to print off and hang around the house.  Then I doubled up some black construction paper, traced the bat shape, and cut out lots of bats!

I also used black construction paper to make some wall decorations for pictures.  You could use this dark city idea and add some Free Superhero Printables for any superhero themed party. 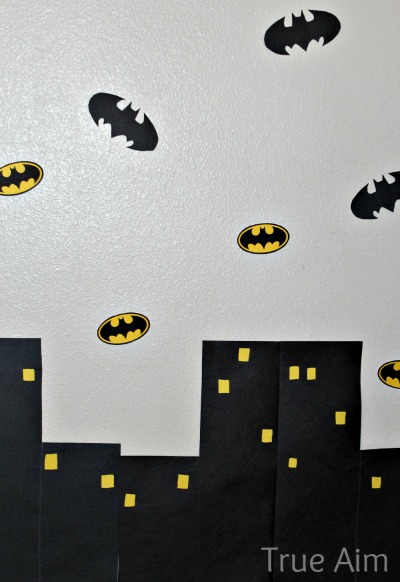 Batman to the rescue!  My little birthday boy is wearing a DIY cape from a plastic table cloth, a batman mask, and a no-sew felt arm band.  I made extra capes for the other children to wear around too.

“What was that?  Did someone call for help?  No, it was just mom telling my sister not to touch the cake.” 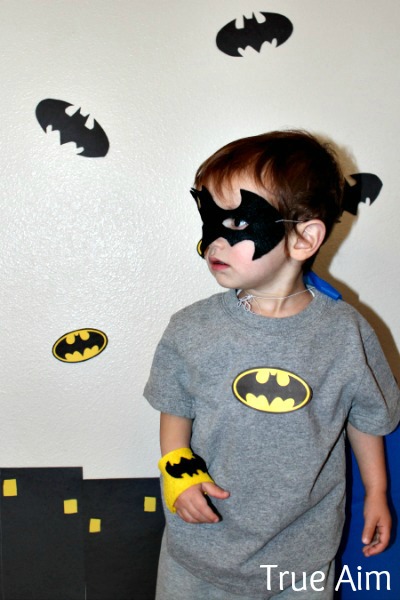 The dollar store always has great party supplies, so I picked up a few flashlights and made them into Batman party favors with a sharpie. 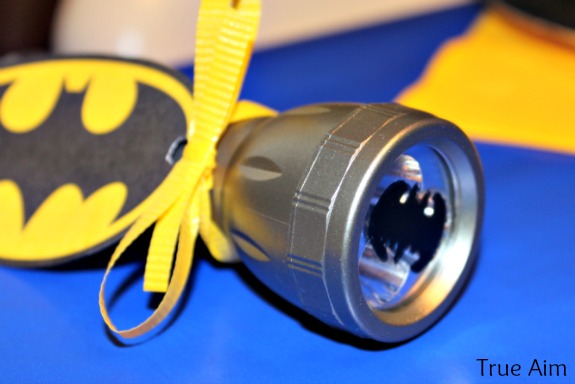 Since it gets dark fast in the winter here, the kids had a blast playing with them.  You could also make extra bat masks and arm bands to go with them or how about this amazing DIY Batman Play Dough!

I ordered a Bakery Crafts cake from my local Walmart.  It saved me a lot of time and I couldn’t have been happier with how it turned out.  The best part was how easy it was to order.  I went online and looked at all of their Batman Cake Kits.  Then, I called the bakery department the day before the party with the cake number to place my order. 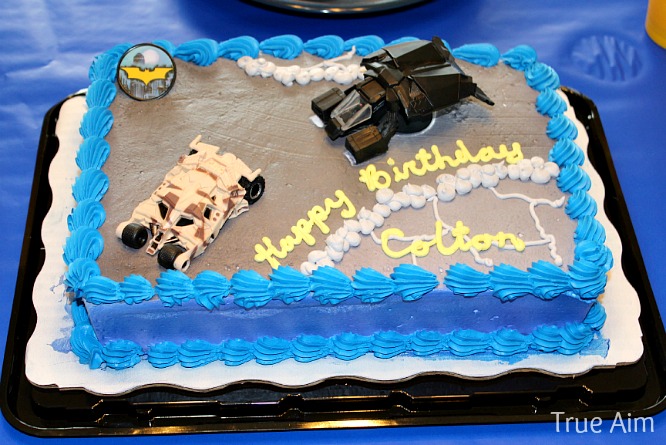 I chose the plain vanilla flavor of cake and it was delicious, but you also have the choice of chocolate, white, and marble plus a number of fillings like raspberry and even caramel.  I would definitely get another cake like this again! 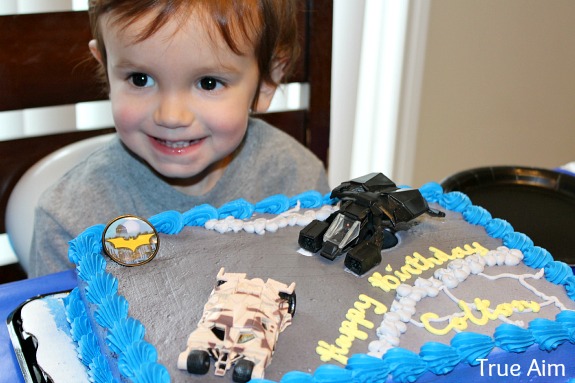 The Birthday boy was very happy with his cake too!  He couldn’t wait to dig in. 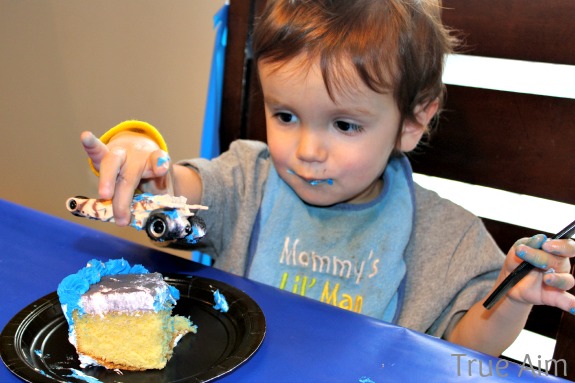 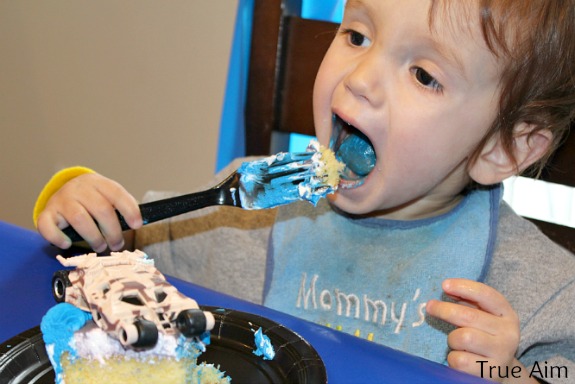 Other snacks that I made were bat Quesadillas, a cheese plate and bat food (veggies). 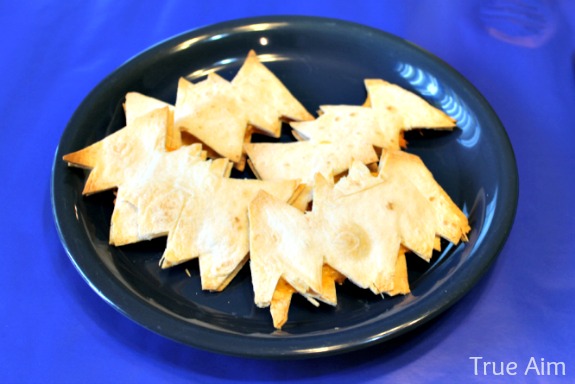 After having cake and snacks, we had a lot of fun beating up some bad guys with homemade punch boxes.   I simply cut the top off of a couple of boxes and painted figures in black on tissue paper.  Then I stuffed toys, books, and candy in the boxes and taped the tissue paper over the openings.  I like to do games like this before opening presents so the other kids have something to play with or can go home if gifts are taking too long. 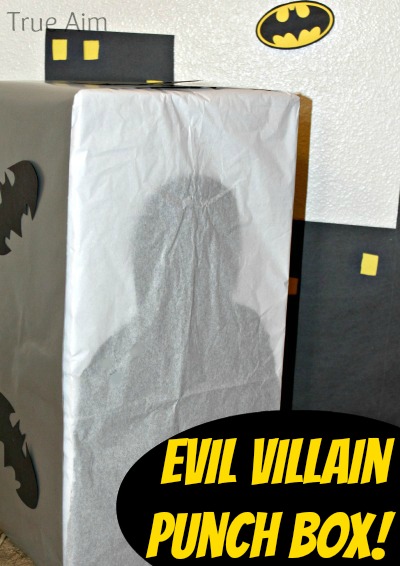 I was surprised how many punches it took to break the boxes open and I’m sure you can put more layers of tissue paper to make it harder for older children.  The younger children took a punch first and the older ones finished it off.  It was a really fun homemade alternative to the pinata! 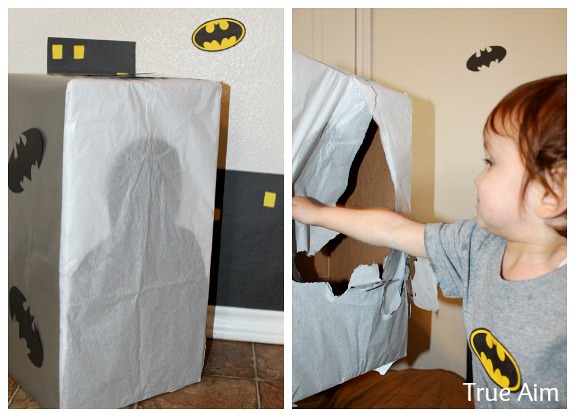 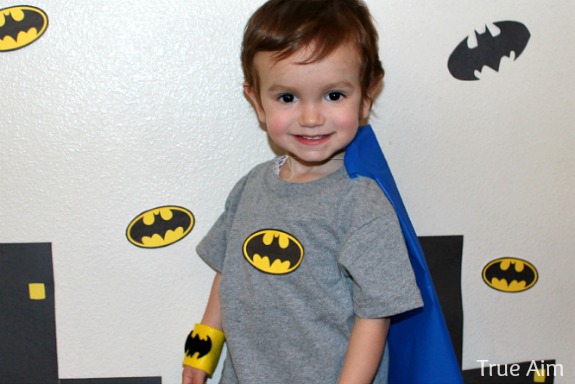 Enter to win $25 toward a free cake.  Just enter the rafflecopter below! 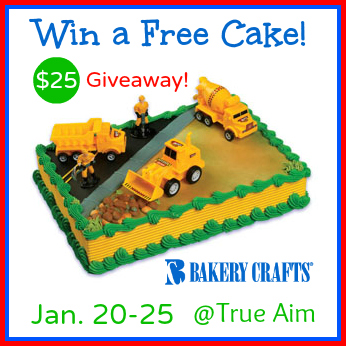 « The Ultimate Guide to Crayon Art and Crafts!
10 Valentines Day Activities for Kids and Mom’s Library #79 »