I must admit, that I did have a rocky start though. In fact, as a boy I hated school with all my heart. It was synonymous with suffering. I counted the minutes of my wasted afternoons. I had big plans: forts to built, creeks to cross, and people to spy on, and there school was talking on and on about who knows what. Being the gullible child that I was, I did trust that schooling was necessary; so I endured.

Then something terrible happened. In fifth grade, I took a standardized test and was discovered.

“Gifted” is what they called me. And suddenly a school that had never noticed me, except to tell me to “sit down,” or “shut up,” began filling my head with nonsense about how special I was and what a bright future I had. 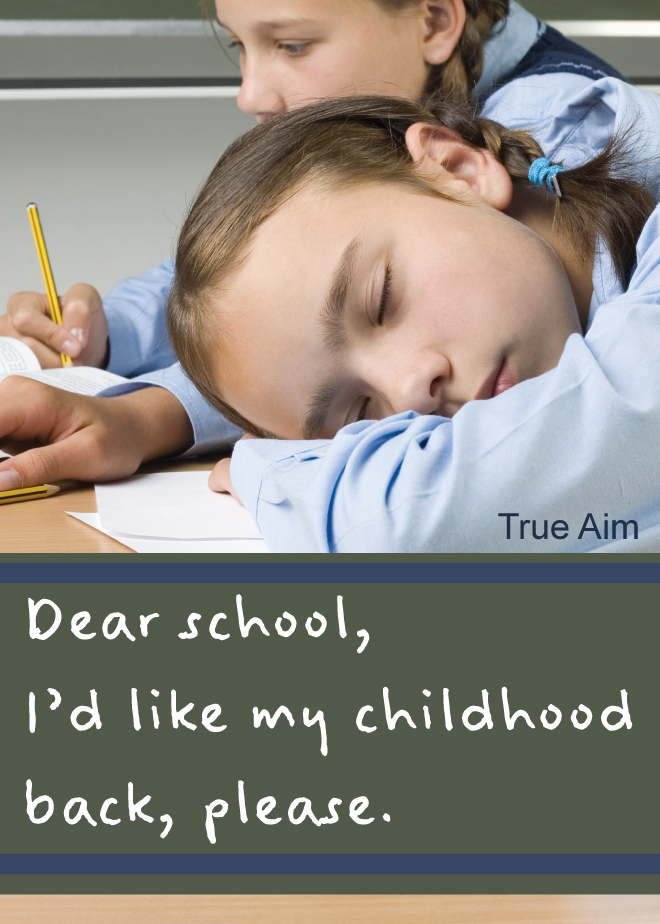 Oh yes, they tell that to everyone. But once you test “gifted,” they actually believe it! They told me that I could be whatever I wanted to be, if I just applied myself in school. It took some convincing, but eventually I believed them.

In that instance, when I came to believe in school, I died and a student was born.

I traded my ambitions, for the school’s. By senior year, I was a GPA junkie. Even when I had an A+, I did the extra credit just to get a fix.

I sucked up to teachers; I sat in the front row; I got nervous for tests; I always completed my homework and I felt cheated if I didn’t get any; I took SAT Prep classes in my spare time; I planned to be the valedictorian; and I dreamed only of college.

School even changed the way I talked to people. There was this book I was reading, it was called something like 10,001 Vocabulary Words You Need to Know for College, and I really took it to heart. But they were mostly words that I had never heard of and were hard to use in sentences. So, I practiced them on my friends. I’d say, “My goodness, this room is quite aphotic.”

My friends didn’t understand what I was saying, and some of them called me stupid. But I knew that the joke was on them because they were going to get rejected from colleges for not knowing those essential vocabulary words!

However, the fog of school dissipates rather quickly after graduation. First, everyone that wanted to go to college got into one! I couldn’t believe it. It wasn’t hard at all.

Second, after high school no one cared about my GPA. Actually, no one has ever asked about it since. Then, the prestigious university that I was so proud to get accepted to wasn’t as brilliant as I had imagined. In fact, it was garbage, even worse than high school!

Finally, I entered the real-world and only a few ounces of my schooling converted over. I felt cheated. They promised me an education, but they gave me school instead.

I knew how to align paper margins according to MLS standards, but I would rather have known how to align the wheels of my car. I understood calculus, but didn’t understand the true cost of my student of loans. I wasted months in school learning concepts and ideas that I now teach my daughters in a single afternoon!

What a waste school ended up being. I never should have engaged. And if it were possible, I would love to have my childhood back; I could have put it to better use!

« You’re Invited to an EPIC Baby Shower and Giveaway!
Swimming with Baby »